For more than half a century, federal and state governments have struggled to protect communications privacy against private wiretappers and snoops, and to spell out when law enforcement officials should be permitted to wiretap and eavesdrop. In 1968, with these two goals in mind, Congress enacted Title III of the Omnibus Crime Control and Safe Streets Act (18 U.S.C. Section 2510 et seq.). States were authorized to pass similar statutes, and most, but not all, have done so. The statute has been amended and supplemented several times to reflect developments in communications technology, politics and national security. For example, the Electronic Communications Privacy Act of 1986 added ‘‘electronic communications’’ to the statute. Inevitably, however, technological advances quickly make aspects of the law outmoded. 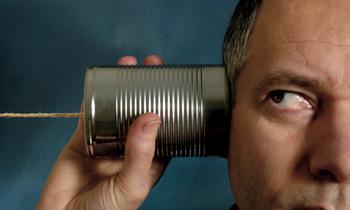 There are, however, several significant exceptions to this general ban.

Law enforcement officials are permitted to intercept a communication on their own authority, so long as a participant consents in advance (18 U.S.C. Section 2511(2)(c)). Thus, undercover officers, and informants and crime victims acting with the police, can secretly tape record their telephone and faceto- face conversations with the targets of an investigation. Most state laws provide the same. Section 2511 (2)(d) permits a private person to do the same, on her own, so long as her purpose is not to commit a crime or a tort. Some state laws provide likewise; others forbid non–law enforcement interceptions unless all participants consent.

Although the statutes are silent on the matter, most courts have agreed that a parent who is concerned about a child’s welfare has the legal right to secretly monitor a child’s phone calls and e-mails. A few courts have even held that the statute does not even apply where one spouse secretly records the other spouse’s phone calls, although most courts reject this reading of the law.

The law recognizes various exceptions based on the technology used to transmit communications. These exceptions sometimes create strange inconsistencies. For example, it is unlawful for an employer to secretly monitor an employee’s workplace phone calls unless the employer has a specific business justification for doing so. But the same employer, without any justification or excuse, may lawfully monitor all e-mails that employees send or receive on the company’s system.

In Katz v. United States (1967), the Supreme Court held that wiretapping is a search and seizure subject to the Fourth Amendment, and in Berger v. New York (1968), it held that a judge could issue a wiretap warrant (known as an ‘‘interception order’’) only if the application for the order, and the order itself, complied with the Fourth Amendment requirements for a search warrant. Nevertheless, when Congress was debating whether to enact Title III, the issue was hotly debated. To forbid law enforcement wiretapping and eavesdropping altogether would virtually give immunity to some criminals. On the other hand, the surreptitious interception of voice, wire, and electronic communications is an extraordinary intrusion into privacy; if abused, it creates enormous potential for political espionage, blackmail, and threats to the freedom of expression.

Title III represents an attempt to strike the right balance between these often conflicting interests. The statute permits law enforcement officials to seek and a judge to issue an order authorizing interception of a suspect’s communications for up to thirty days; such orders may be renewed. But an order may be obtained only if the application and order comply with the constitutional requirements specified in Berger. Moreover, Congress also added several additional provisions intended to limit such surveillance and protect the privacy of those targeted.

Next, before a federal agent may apply to a judge for an interception order, the application must first be approved by a high-level attorney in the Department of Justice. Similarly, a state application must be made or approved by a high state official (for example, the state attorney general or a district attorney) before it can be submitted to a judge.

The order must direct the agents to ‘‘minimize the interception of communications not otherwise subject to interception,’’ that is, to avoid, if possible, hearing and recording conversations that do not relate to the crimes being investigated.

Once a search warrant has been executed, the list of what was seized becomes a public record. By contrast, intercepted communications may be disclosed only in court or for legitimate law enforcement purposes.

The Foreign Intelligence Surveillance Act (FISA) (50 U.S.C. Section 1801 et seq.) regulates (among other things) the use of electronic surveillance to gather ‘‘foreign intelligence information.’’ Although evidence obtained by FISA surveillance may be used in court, this has happened only rarely.

Title III (18 U.S.C. Section 2701 et seq.) also protects electronically stored e-mails and the like from unauthorized access, although such protection is far less rigorous than that covering the actual interception of communications.