The militant journalist and antiLynching crusader was born into slavery as Ida Bell Wells in Holly Springs, Mississippi. She published under the name Wells- Barnett after her marriage. Her father was a skilled carpenter who designed the building that now houses the Ida B. Wells Museum in Holly Springs. 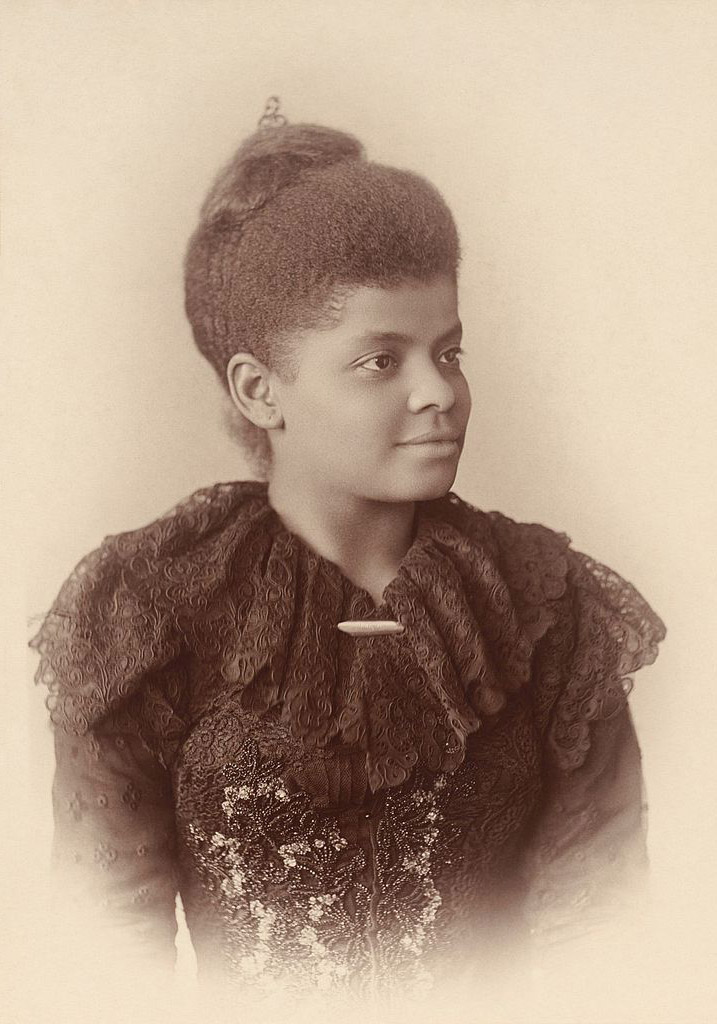 Ida Bell Wells-Barnett (1862&ndash;1931)Wells attended classes at Rust College, a Methodist freedman’s school in Holly Springs, and later attended summer school at Fisk University. She began to teach in rural Mississippi schools in 1878 when her parents died in the yellow fever epidemic. In 1881, she moved to Memphis, first teaching in county schools, and then from 1883 to 1891 in Memphis African-American schools.

In 1883 and 1884, she refused to move to smoking cars reserved for African Americans, and brought two lawsuits against the railroad. She won at the trial court level, but was bitterly disappointed when the Tennessee Supreme Court reversed on the pretext that the smoking car was ‘‘equal’’ to the first-class accommodations available for whites.

In Memphis, Wells wrote for African-American periodicals, and her growing reputation led to her election in 1887 as secretary of the National Press Association. She turned to journalism full time when she lost her teaching position due to her outspoken criticism of Memphis’s policies towards African Americans. In 1889 she became co-owner and editor of the Memphis Free Speech and Headlight.

In 1892, Wells published editorials denouncing the Lynching of three African-American businessmen in Memphis. She rejected the argument that Lynching was a response to black rapists: ‘‘Nobody in this section of the country believes the old thread bare lie that Negro men rape white women. If Southern white men are not careful, they will overreach themselves and public sentiment will have a reaction: a conclusion will then be reached which will be very damaging to the moral reputation for their women.’’ While she was out of town, white newspapers incited a mob to attack her office and made it impossible for her to return to Memphis.

From New York, Wells continued her antiLynching crusade, publishing Southern Horrors: Lynch Law in All Its Phases (1892). Wells recognized that lynch law was the violent expression of broader cultural efforts to degrade the reputation of Negroes as a race by stereotyping black men as rapists. Her passionate prose and careful research exploded the mythology advanced to rationalize—and justify—Lynching. She documented the fact that most Lynchings did not involve charges of rape, and described numerous Lynchings that resulted from consensual interracial relationships. She contrasted the brutal treatment of African Americans with the routine acquittal of whites who raped African Americans. Insisting that ‘‘the strong arm of the law’’ be brought to bear upon lynchers, she understood this would not occur until public opinion demanded such action. Meanwhile, noting that Lynchings had been prevented by forceful resistance, she counseled that ‘‘a Winchester rifle should have a place of honor in every black home.’’ Wells brought international attention to the problem of lynch violence, touring Scotland and England in 1893 and 1894.

Wells moved to Chicago in 1894, in part to be close to her future husband, Ferdinand Lee Barnett, a lawyer and publisher. There she continued her antiLynching activism. In A Red Record (1895) and Mob Rule in New Orleans (1900), she recounted horrific Lynchings in Texas and Louisiana, and amassed statistics of annual Lynchings that documented the severity of the problem.

Proud of her race’s achievements, Wells protested the exclusion of African Americans from the World’s Columbian Exposition in a pamphlet coauthored in 1893 with Frederick Douglass. Barnett exposed the scandalous violence against African Americans and celebrated the history of African-American accomplishments. In later years, Wells investigated and reported on race riots in Illinois and Arkansas. She petitioned the governor to deny reappointment to the sheriff who failed to prevent racial violence in Cairo, Illinois.

In 1895, Wells married Barnett. In the 1920s, both were active in Republican politics in Illinois. Barnett was the first African-American assistant state’s attorney. Wells ran unsuccessfully in 1930 as an independent for the state senate. The couple had four children.

Wells’s biographer Linda O. McMurray observes that few Americans ‘‘have more consistently refused to compromise with the evil of race prejudice.’’ Wells opposed Booker T. Washington’s accommodationism. She participated in forming many civil rights organizations, including the National Association for the Advancement of Colored People in 1910, although gender bias and Wells’s refusal to compromise repeatedly conspired to prevent her from assuming leadership roles.