Joseph Welch was an accomplished trial lawyer and partner in the prestigious Boston law firm of Hale and Dorr, when he was appointed special counsel to the U.S. Army in 1954 during the Army–McCarthy hearings. Welch became a household figure during the proceedings for his genial, courtly demeanor, which masked an incisive grasp of how to manipulate the drama that unfolded on the nation’s television screens during the hearings. A native Iowan, Welch earned his law degree from Harvard Law School in 1917, and subsequently went into private practice in Boston, Massachusetts. 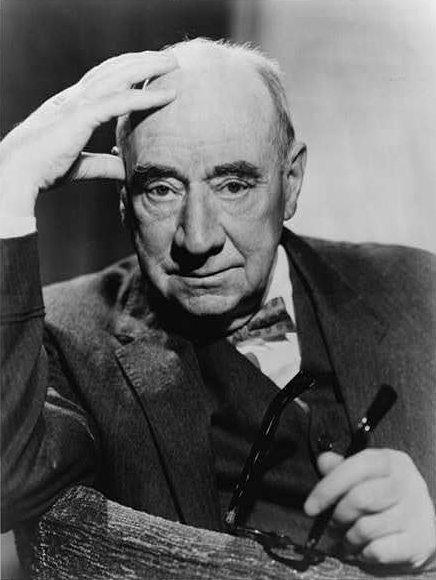 Joseph N. Welch (1890&ndash;1960)Senator Joseph McCarthy (R-WI) had gained extensive notoriety between 1950 and 1954 for his singled-minded and reckless pursuit of communists and security risks employed by the U.S. government. When Republicans took over the executive branch in 1953, however, McCarthy’s charges, which had been welcomed when leveled at the Democratic administration, became politically inappropriate. McCarthy attacked the U.S. Army in early 1954 for harboring an alleged communist dentist. In the course of his investigation, the Senator imprudently leveled a personal attack on a decorated Army general, Ralph Zwicker, accusing him of ‘‘being unfit to wear the uniform.’’ The Army retaliated with charges that McCarthy and his chief counsel, Roy Cohn, had improperly pressured the Army to provide special privileges to Cohn’s friend and ‘‘unpaid committee consultant,’’ Private G. David Shine.

The showdown over whether the Army had, in fact, used its treatment of Shine to blackmail McCarthy into dropping his charges against the Army exploded in April 1954 in hearings televised to the nation. Secretary of the Army Robert Stevens recruited Joseph Welch to present the Army’s case. Well versed in the art of litigation, Welch was the perfect foil for McCarthy’s glowering, sneering behavior. Welch, expertly directing the drama, responded to McCarthy’s constant interruptions with detached amusement and, at times, biting sarcasm. In a wrangle with the senator over the origin of a doctored picture of the secretary of the army standing next to Shine, Welch opined that maybe it came from a pixie. When McCarthy demanded the definition of a pixie, the Boston attorney, in a response that was quintessential Welch, replied, ‘‘Mr. Senator ... a pixie is a close relative of a fairy.’’

Welch’s interrogations during the hearings were masterful theatrical presentations. He never really intended to focus on the issues, believing rather that it was his duty to expose the ugliness of McCarthy’s tactics. His most stirring performance, long credited with ending McCarthy’s reign of terror, occurred when, during the questioning of Roy Cohn, the senator interrupted with the public denunciation of a lawyer in Welch’s firm who at one time had been a member of the left-leaning National Lawyer’s Guild that McCarthy characterized as the legal bulwark of the Communist Party. Although an agreement had been negotiated to keep the young man’s name out of the hearings, McCarthy persisted in haranguing Welch about the young attorney’s background. Welch finally, with an air of rising desperation, pleaded, ‘‘Let us not assassinate this lad further, Senator. Have you no sense of decency, sir, at long last. Have you left no sense of decency?’’ Welch exited the hearing room to the sound of congratulatory applause. McCarthy had been fatally wounded by a man whom McCarthy had characterized earlier as ‘‘a very clever lawyer.’’

McCarthy would be condemned by the U.S. Senate later that year for ‘‘contempt and abuse of the Senate.’’ Welch returned to private practice in Boston, emerging briefly in 1959 to play the trial judge in the movie, Anatomy of a Murder.