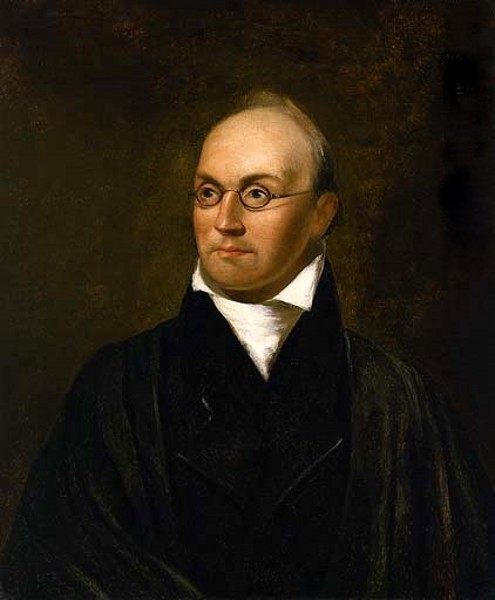 Joseph Story (1779&ndash;1845)Story was a great admirer and a jurisprudential adherent of Chief Justice John Marshall. Although Story had served in Congress as a Jeffersonian Republican, his decisions revealed a federalist bent. He consistently voted for a strong central government, against the supremacy of states’ rights, and for the power of the Supreme Court to declare the law.

Although most of the great nationalist decisions of the Marshall Court bore Marshall’s name, Story is said to have contributed his ideas to some of Marshall’s most important opinions. Story has been called ‘‘John Marshall’s strong right armon the court.’’

In one important case, however, Story himself took up the nationalist banner because Marshall had disqualified himself. In Martin v. Hunter’s Lessee, Story asserted the Supreme Court’s superiority over state courts in interpreting federal law. Although state courts could consider constitutional questions, the Supreme Court had jurisdiction and final authority to decide them.

The Story and Marshall jurisprudence was the foundation for much to come. The Civil War vindicated and confirmed Story’s view as the state secessionists were forced to yield to the union. The decisions establishing federal supremacy also presaged later victories of central authority over states’ rights, such as the Warren Court’s imposition of federal constitutional rights against the states.

Story also ardently opposed slavery. Story wrote the Court’s opinion in TheAmistad, a case popularized in modern times by the film of that name. In The Amistad, Story held that slaves brought unlawfully to the United States were to be freed.

Yet the power of the central government was a principle rooted in the Constitution and, therefore, even greater to Story than his hatred of slavery. In Prigg v. Pennsylvania, Story upheld the primacy of a federal slavery act against a state law that would have convicted a slave catcher for kidnapping. Story sided with constitutional principle at the expense of painful excoriation by Abolitionists.

Story supported not only federal power against the states but also advocated uniform national common and statutory law. To that end, he declared that federal courts would apply a federal common law rather than the laws of the states. His decision, Swift v. Tyson, held sway for nearly a century, when the Court overturned it in Erie Railroad v. Tompkins.

Story is considered to have been one of the great justices. He was at Marshall’s right hand as they laid the foundation for American constitutional law. His reputation was enhanced by long and distinguished service as a law professor at Harvard University, a post he held concurrently with his Court service. He also wrote nine highly regarded commentaries on the law, including a three-volume commentary on the Constitution. These works placed him beside James Kent as the foremost legal authors of the day.