Potter Stewart has confounded constitutional scholars who have sought a jurisprudential ideology in his opinions. This may be because he was the quintessential judicial pragmatist during his career (1959–1981) on the U.S. Supreme Court. He deliberately eschewed labels like ‘‘liberal’’ or ‘‘conservative’’ and insisted that he simply be thought of as ‘‘a good lawyer who did his best.’’ He saw his role as a judge as simply applying objective legal reasoning to the questions before him without reference to his own personal values. When he stepped down from the bench after twenty-two years, journalists and legal scholars still could not find a way to pigeonhole him. 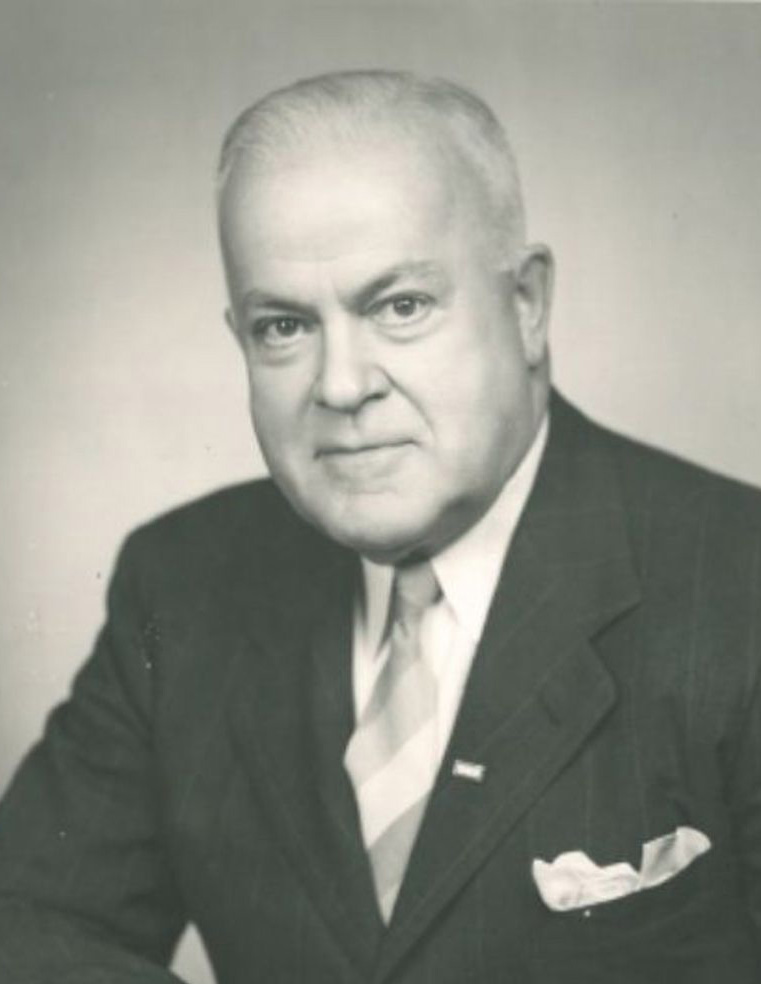 Potter Stewart (1915&ndash;1985)In terms of civil liberties, Stewart’s record is supportive but not in an easily defined manner. He believed strongly in states’ rights, an almost anachronistic position on the Warren Court and only slightly less so in the Burger years. This tied in to his reluctance in expanding the reach of the Bill of Rights to the states through incorporation. Thus he voted against the incorporation of the privilege against selfincrimination in Malloy v. Hogan (1964), against extending the ban on double jeopardy to the states in Benton v. Maryland (1969), and the right to trial by jury in Duncan v. Louisiana (1968). Similarly, his dissenting votes in Escobedo v. Illinois (1964), Miranda v. Arizona (1966), and Gilbert v. California (1967), all of which defined how police practices had to conform to protections in the Bill of Rights, told less about his concern for the individual than about his commitment to the autonomy of state governments in a federal system.

Despite Stewart’s own commitment to the principles of free speech embodied in the First Amendment, he did not want the Supreme Court limiting the authority of the states in enforcing Criminal Laws that might impinge on speech. The proper method for resolving the tension between a national standard and the autonomy of states, he believed, lay in caseby- case appellate review and not in broad-scale policymaking by the justices.

This commitment to states rights also explains his limited support for voting rights claims in challenges to poll taxes (Harper v. Virginia Board of Elections, 1966), malapportionment (Reynolds v. Sims, 1964), and the practices of southern states in restricting the voting rights of black citizens (Lassiter v. Northampton County Board of Elections, 1959). Although he joined the majority in a unanimous opinion upholding the 1965 Voting Rights Act (South Carolina v. Katzenbach, 1965) and sustained the jurisdiction of federal courts to hear cases under this and the 1964 Civil Rights Act, he did not support giving either the federal courts or the Justice Department broad authority to govern state electoral systems. To Stewart, a state’s election procedures, like its Criminal Law, constituted an inherent part of its sovereignty. While other justices worried about how to prescribe the correct police procedure in detaining and questioning a suspect or how to ensure that the one-person, one-vote applied at all levels of voting, Stewart worried about why the states should be forced to do either.

One should not think that Stewart supported discriminatory practices or blatant violations of the rights of the accused. Although a believer in judicial restraint, Stewart, unlike Felix Frankfurter, was willing to take on tough issues when properly presented to the Court. Only Stewart, along with William O. Douglas, believed that the Court ought to have heard a challenge to the constitutionality of the Vietnam War (Mora v. McNamara, 1967). To Stewart, however, ‘‘the law is a careful profession,’’ and good judging, in his view, required that courts should not try ‘‘to see around the next corner.’’ Like Louis Brandeis and other advocates of judicial restraint, Stewart believed that the Court should decide only the case before it and not try to erect some great rule to govern in the future. Thus, although he voted with the majority in Furman v. Georgia (1972) against the death penalty as applied because of what he termed its ‘‘freakish’’ imposition, he refused to go along with William Brennan and Thurgood Marshall when they wanted to expand the ruling to hold the death penalty per se unconstitutional.

Stewart once declared that of all the things he had done as both a circuit court judge and a justice of the Supreme Court, he would probably best be remembered for the comment he made in one of the obscenity cases. The Warren Court, eager to expand the protections of the First Amendment, had found itself in a quandary trying to determine how, if at all, obscene writings and speech came under the umbrella of First Amendment protection. Only Hugo Black and William O. Douglas believed in an absolutist interpretation of the speech clause and would have prohibited the government from interfering with any and all speech. Stewart joined the Court the year after it had heard the case of Roth v. United States (1957), in which Justice Brennan laid down the basis for the modem definition of legal obscenity— ‘‘whether to the average person, applying contemporary community standards, the dominant theme of the material taken as a whole appeals to prurient interest.’’

After Stewart joined the Court in 1959, the docket became crowded with cases testing just what Roth meant, and the justices constantly split over how to define and apply it. Then in 1964, in Jacobellis v. Ohio, the Court overturned the conviction of an Ohio theatre owner for showing the French film Les Amants (The Lovers). Brennan, for the majority, added a qualifying phrase to his original definition, that for material to be legally obscene it had to be ‘‘utterly without social importance.’’

In a concurrence, Stewart pointed out that the Court’s opinions since 1957 had pointed in the direction of a ‘‘hard-core only’’ test for obscenity, and such a test had evaded the Court and would probably continue to do so. He suggested that any definition would be unworkable and that courts had to deal with the matter on a case-by-case basis. He admitted that he could never come up with a workable definition, ‘‘but I know it when I see it, and the motion picture involved in this case is not that.’’

Although Stewart later complained that people only remembered his ‘‘I know it when I see it’’ test, in fact he had put his finger directly on the central problem of the obscenity issue. He knew what offended him, and this picture did not. Obscenity, like beauty, is in the eye of the beholder, and in an open, tolerant, and pluralistic society, an enormous range of opinion exists over sexually oriented material. Stewart would have preferred leaving this matter to local courts, but the majority of the brethren continued to seek, in vain, a workable general rule. Finally, in Miller v. California (1973), the Court made its last stab at a rule and then in essence washed its hands of the issue, leaving it, as Stewart had suggested, for the lower courts to handle on case-by-case basis.

Perhaps Stewart’s greatest contribution to civil liberties came in relation to the press clause, by providing a rationale for why democracy needed a free press. Justice Brandeis, in Whitney v. California (1927), had tied the meaning of the speech clause to the obligation of the citizenry to be well informed on a variety of public issues so they could act intelligently. When it came to the press clause, however, no one could figure out how to explain and then apply the phrase. Did a ‘‘free press’’ merely mean free speech in written form? Did members of the press enjoy any different or greater protections under the First Amendment than did ordinary citizens?

Stewart has been the only justice to attempt to explicate a special constitutional role for the press. He saw the press as serving a structural role in society, helping to expose corruption, and thus keeping the political process honest. In a lecture he explained that:

The Free Press guarantee is, in essence, a structural provision of the Constitution. Most of the other provisions in the Bill of Rights protect specific liberties or specific rights of individuals . . . . In contrast, the free press clause extends protection to an institution.

Although this ‘‘institutional’’ or ‘‘structural’’ view has never been accepted by a majority of the Court, it has played an implicit role in a number of decisions. It is at the basis of the decision in Richmond Newspapers v. Virginia (1980), in which the Court found that reporters had a right of access to trials so that they could serve as surrogates of the people in witnessing whether the criminal justice system worked fairly. Stewart did not join the plurality opinion, because in his opinion Chief Justice Burger tried to frame the issue too narrowly and did not give enough weight to the institutional meaning of the press clause. Justice Douglas, in his dissent in Branzburg v. Hayes (1972), also relied on the notion that the press served an institutional role in guaranteeing to people their right to know about important public matters.

Unlike Douglas, Black, or Frankfurter—all of whom served with him during his tenure—Stewart did not leave behind a legacy of a specific jurisprudential ideology. Rather he stood for the common law tradition of flexibility and pragmatism, and although a supporter of civil liberties, did not believe in big rules, such as Miranda, to enforce those rights. Rather, they had to be explicated from the facts and in an evolutionary manner.

Such an approach is extremely lawyer-like, the role Stewart himself preferred, but although it may make the resolution of individual cases easier, it does not provide the guidance that the Supreme Court is supposed to give to state and lower federal courts, a task that rules like Miranda perform well. If the high court takes too narrow an approach, refusing to look beyond the confines of the case before it, it breeds unpredictability in the law. Stewart may not have been too bothered by this, preferring some unpredictability that could be cleared up in the next case to efforts by the Court to determine large policies. For him, judicial restraint meant just that, and he accepted the view well aware of the assets as well as the liabilities it involved.