Born in Melrose, Massachusetts, on September 17, 1939, David Hackett Souter was an accomplished student at Harvard College, Oxford University, and Harvard Law School. He then went on to a distinguished career of public service in New Hampshire, serving the Granite State as Deputy Attorney General, Attorney General, trial court judge, and Supreme Court justice. In 1990, when Republican President George H. W. Bush nominated him to serve on the U.S. Court of Appeals for the First Circuit, few people outside his home state had heard of him. Despite this anonymity, President Bush announced just two months later that he was nominating Souter to replace retiring Justice William Brennan on the U.S. Supreme Court. No one predicted it then, but Souter has followed Brennan’s path as an active and successful defender of civil liberties. 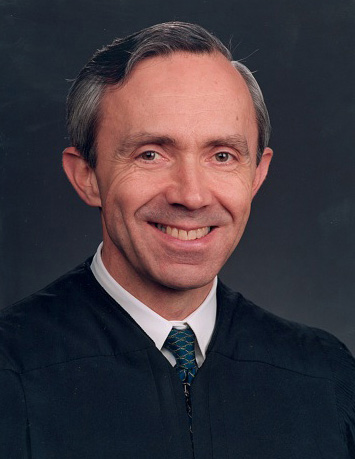 When Bush named him to the high Court, Souter was widely perceived as a ‘‘stealth nominee’’—a reliable conservative ideologue, whose written record was sparse enough to mute any opposition from liberal Senators and interest groups. His actual performance on the bench, however, has confounded the expectations of both his liberal critics and his conservative supporters.

Beginning in 1968, Republican Presidents Nixon, Reagan, and Bush appealed to conservative voters by criticizing liberal judicial activism and by promising to appoint judges who would exercise their power with self-restraint. These new conservative judges, the Republican presidents pledged, would overturn landmark liberal precedents such as Miranda v. Arizona (1966) and Roe v. Wade (1973) and would stop protecting constitutional rights in a way that unduly limited the democratic will of the American people. Despite ten consecutive Republican appointments to the Supreme Court, however, none of this came to pass, and Souter played an influential role on the Court that reaffirmed Miranda and Roe.

Souter has tempered Brennan’s expansive and evolving rights-based constitutional vision, but he has endorsed it to a surprising degree. Like Brennan, he has led the Court in defending an evolutionary, common law approach to constitutional interpretation that seeks to enforce those fundamental liberties that are essential to individual human dignity or to democratic governance. And like Brennan, Souter has worked persistently behind the scenes, drafting and redrafting opinions in search of a five-justice majority for a reading of the Constitution as close as possible to his own.

During his second year on the Court, Souter joined four other Republican appointees in Lee v. Weisman (1992) to prohibit the practice of state-sponsored prayer at public school graduation ceremonies. Because conservative political leaders had long been criticizing the Court’s school prayer decisions, this result was surprising to many, but Souter’s concurring opinion made clear that one of his top priorities on the Court would be to defend the constitutional guarantee of religious liberty. The First Amendment prohibits government from either establishing a state church or interfering with religious exercise, and Souter has expressed a singular determination to preserve the Warren Court’s active defense of each of these guarantees. Although some of his conservative colleagues have insisted that government is constitutionally free to aid religion so long as it does not grant preferential treatment to any particular religion, Souter has sharply disagreed. In Weisman, for example, he offered a careful review of both the original understanding of the Establishment Clause and the Court’s precedents to support the holding that the Constitution ‘‘forbids state-sponsored prayers in public school settings no matter how nondenominational the prayers may be.’’

Two years later, Souter wrote for the Court in Board of Education, Kiryas Joel Village School District v. Grumet (1994), holding that the State of New York could not constitutionally create a special school district just for members of a Satmar Hasidic sect in the village of Kiryas Joel. In his view, ‘‘a State may not delegate its civic authority to a group chosen according to a religious criterion.’’ He acknowledged that the First Amendment requirement of government neutrality toward religion does not prohibit the government from accommodating religious belief and practice but insisted that this particular accommodation of the Satmar community’s wishes went too far, ‘‘cross[ing] the line from permissible accommodation to impermissible establishment.’’

Souter has not always been successful in mobilizing a judicial majority to join him in defending the Establishment Clause. In Agostini v. Felton (1997), Mitchell v. Helms (2000), and Zelman v. Simmons-Harris (2002), Souter’s arguments were relegated to dissent, because his more conservative colleagues gave state governments greater leeway to provide nonpreferential aid to religious schools. Similarly, when the Court held in Rosenberger v. the University of Virginia (1995) and Good News Club v. Milford Central School District (2001) that public schools and universities cannot constitutionally exclude religious organizations from generally available resources, Souter again objected to the Court’s abandonment of what he saw as the First Amendment’s flat prohibition on government aid to religion.

Souter has played a similar role in the Court’s free exercise decisions, urging his colleagues to actively defend a broad conception of religious liberty in cases like Church of Lukumi Babalu Aye v. Hialeah (1993). As in other areas of the law, the Rehnquist Court has surprisingly reaffirmed, and even built on, a number of landmark liberal activist precedents on religious freedom, and Souter’s votes and opinions have played a key role in these developments. When the conservative justices have succeeded in chipping away at these precedents, Souter has been a leading dissenting voice.

Although religious liberty is explicitly guaranteed by the constitutional text, Souter has also urged the Court to actively defend a variety of ‘‘unenumerated’’ constitutional rights. Just five days after the Weisman decision on school prayer, for example, he joined the same Republican appointees in declaring that ‘‘the essential holding of Roe v. Wade should be retained and once again reaffirmed.’’ In a remarkable joint opinion in Planned Parenthood v. Casey (1992), Sandra Day O’Connor, Anthony Kennedy, and Souter explicitly rejected the Bush administration’s call for Roe to be overturned, thus reaffirming the constitutional jurisprudence that they had been appointed to abolish.

Endorsing a broad and evolutionary reading of the ‘‘liberty’’ that is guaranteed by the due process clause of the Fourteenth Amendment, O’Connor, Kennedy, and Souter closely followed the constitutional jurisprudence laid out by the second Justice Harlan in cases like Poe v. Ullman (1961) and Griswold v. Connecticut (1965). After Harlan, Souter held in Casey and subsequent cases that Fourteenth Amendment liberty encompasses a range of more specific (although unwritten) rights such as the right to an abortion. Also after Harlan, however, he sought to balance this active judicial protection of liberty with a healthy dose of deference to democratic majorities.

In Washington v. Glucksberg (1997), for example, Souter joined a unanimous Court in upholding a state statute that outlawed physician-Assisted Suicide. He wrote separately, however, to make clear that the Court’s holding should be taken as neither a rejection of the Court’s liberty-protecting jurisprudence in general nor a final decision on the question of the ‘‘right to die’’ in particular. On the latter question, he concluded that ‘‘while I do not decide for all time that respondents’ claim [of a constitutionally protected right to die] should not be recognized, I acknowledge the legislative institutional competence as the better one to deal with that claim at this time.’’ On the former, he rejected the claim of some of his fellow Republican appointees that the Court should only defend those liberties explicitly guaranteed by the constitutional text, calling instead for the justices to use their ‘‘reasoned judgment’’ in extending constitutional protection to new liberties in new contexts.

The following year, in Sacramento v. Lewis (1998), the Court again unanimously rejected a due process claim, but Souter again made clear that the ‘‘reasoned judgment’’ approach was alive and well. In this opinion, Souter revived the ‘‘shocks the conscience’’ test that Justice Frankfurter had used for evaluating government conduct in Rochin v. California (1952), an opinion that had significantly influenced Harlan’s approach to due process liberty. In subsequent years, Souter regularly concurred in the Court’s decisions protecting parental rights (for example, Troxel v. Granville (2000)), abortion rights (for example, Stenberg v. Carhart (2000)), and sexual privacy (for example, Lawrence v. Texas (2003)).

The Rights of Criminal Defendants

Souter’s jurisprudence in the area of criminal procedure has been more conservative than in other contexts. In Atwater v. Lago Vista (2001), for example, he wrote for a bare majority of the Court in upholding the use of a warrantless custodial arrest for a misdemeanor violation of Texas’s seatbelt law. Such decisions make clear that Souter’s vision of liberal constitutionalism is less sweeping than Brennan’s, but this divergence should not be overstated. The entire spectrum of constitutional debate shifted to the right during the Burger and Rehnquist eras, such that no justice would any longer join Brennan in insisting that Capital Punishment is prohibited by the Constitution. Considered in light of this rightward shift, Souter’s opinions even in the area of criminal procedure have reflected a commitment to defending constitutional rights and liberties. In Dickerson v. United States (2000), for example, he joined a sevenjustice majority in reaffirming Miranda.

In addition to the surprising survival of liberal activism, the other most noteworthy development on the Rehnquist Court was the emergence of a distinctive style of conservative judicial activism. In a wide variety of constitutional contexts, the conservative justices of the Rehnquist Court declared their support for civil liberties—but civil liberties of a conservative stripe. These conservative justices, for example, have sought to defend the constitutional right of white university applicants to face a race-neutral admissions process, of the Boy Scouts of America to exclude gay members, of religious organizations to have equal access to state resources, of wealthy individuals to contribute large sums of money to political campaigns, of tobacco companies to advertise their product as they see fit, of property owners to be free from onerous zoning laws, and the like. While actively defending liberal constitutional rights in the Warren Court tradition, Souter has opposed this newer set of conservative rights claims.

The most noteworthy example of the Rehnquist Court’s conservative activism was the case deciding the outcome of the 2000 presidential election. Working behind the scenes in Bush v. Gore, Souter tried valiantly to persuade O’Connor or Kennedy to provide a fifth vote for allowing the ballot recounts in Florida to continue. His efforts in this regard became clear, at least in hindsight, during the Court’s oral arguments, when his questions revealed that he was searching for a compromise resolution in which the Court would send the case back to the Florida courts to resume the manual recount under a more uniform standard for determining the voters’ intent. Unlike his dramatic success under similar circumstances in Casey, however, here he dramatically failed.