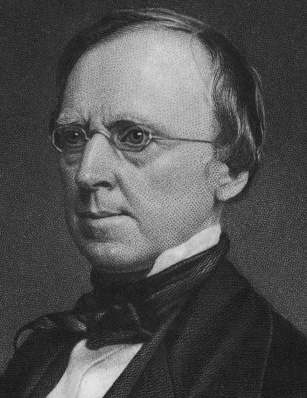 Known for his integrity, persistence, and sensibility, Roger Sherman was a statesman who served as a member of the Continental Congresses, fought for and signed the Declaration of Independence, was instrumental in the drafting of the Constitution, and was a member of the first U.S. Congress. Considered a political moderate because of his recognition of a need for a strong national government alongside his persistent dedication to the power of governance by the states, Sherman remained an avid believer in democratic rule as a means to ensure against tyranny and called for independence from the crippling hand of the British. Roger Sherman’s integrity and work ethic enabled his integral work behind the scenes in attending to the everyday affairs of a country fighting for independence and striving to be a successful democracy. For instance, he was active in congressional committees that dealt with the war effort (particularly providing the necessary supplies to the revolutionary army), the treatment of Western lands, and he dealt closely with the challenging public finance matters such as the use of paper money, and state and national debt. He worked for much-needed stability in the formative years of the nation. Sherman is credited as the first to propose and argue for a bicameral legislature, with representation by colonies, and, concurrently, by population, a compromise that protected the interests of smaller states (such as his home state Connecticut). In fact, at the time of the Constitutional Convention, Sherman called for a national government of limited powers, leaving most matters to the states, out of a fear that a national government would end any notions of equality among disparate states. He believed that the states best represented the intent of the people and resisted any efforts to reduce their power. For similar reasons, he opposed a bill of rights, since he sincerely believed that rights were and would be protected adequately at the state level. In addition, because the Constitution enumerated specific federal powers, Sherman saw no need for any additional limits on government, because the government was, by definition, limited. Although Sherman’s prostate position lost out to a strong national government and a bill of rights, Sherman’s views provide a basis for the reservation of police powers in the respective states. He believed that if there were even a need for a bill of rights against the government, it would not be a government with real staying power.

Finally, Sherman favored acts of legislature over a strong executive, because a powerful president was, in his estimation, a throwback to British rule. He believed that the veto, which vested absolute decisionmaking in the hands of one person, represented the kind of absolutism practiced by the British monarchy, the abuses of which had led to the revolutionary war in the first place. Overall, he was suspicious of executive power and urged structural protections such as a limited veto, short terms in office, and a council that could check the president’s actions.