The Seventh day Adventist Church is an evangelical Christian denomination that grew out of a diverse family of denominations, Presbyterian, Baptist, Methodist, and Congregational and Bible study movements that arose in the middle of the nineteenth century. This evangelical Christian denomination was sparked by the teachings of Warren Miller (1782–1849). Warren Miller was a farmer who settled in upstate New York after the War of 1812. He was originally a Deist. Miller was convinced the Bible contained coded information about the end of the world and the second coming of Jesus Christ. By interpreting Daniel 8:14, Miller believed the ‘‘cleansing of the temple’’ (the second coming) would occur sometime between two spring equinoxes: March 21, 1843, and March 21, 1844. When the prophecy did not come true, many believers left the movement in what has become known as the Great Disappointment. Miller gradually withdrew from leadership and died in 1849. This group lead by Miller was known as Adventist or Millerites. 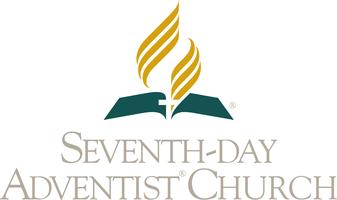 On May 21, 1863, the church was formally organized as the Seventh Day Adventist Church. This organization was led by Ellen Harmon White, her husband James White and Joseph Butes.

Early Seventh-day Adventist leaders, including Ellen G. White, taught that those who did not accept the Adventist message before October 22, 1844, would not be saved. This was called the ‘‘shut door’’ doctrine. This doctrine was later rejected.

Victor Houteff joined the Seven Day Adventist Church in 1919. His beliefs deviated from mainstream church doctrine, culminating in his publishing ‘‘The Shepherd’s Rod,’’ the title taken from a passage in Ezekiel. Houteff left the church and formed a new sect in 1929 called the Davidian Seventh Day Adventist. This group eventually split further and led to the organization called the Students of the Seven Seals, popularly known as the Branch Davidians. In 1993, after a long standoff with the FBI, the Branch Davidian’s compound burned down with the sect suffering major losses of life.

Seventh Day Adventists, the main body of the group, believe they have the right to freedom of religion, subject to the equal rights of others. This implies the freedom to meet for instruction and worship, to worship on the seventh day of the week (Saturday), and to disseminate religious views by public preaching or through the media. Every person has a right to demand consideration whenever conscience does not allow the performance of certain public duties, such as requiring the bearing of arms. It has been their belief in Saturday Sabbaths and their consideration of conscience that has led to the majority of their religious liberty legal fights.

The Seventh Day Adventist belief in a twentyfour- hour sunset-to-sunset Sabbath commencing on Friday evening has led to two hallmark Supreme Court Cases, Sherbert v Verner, 374 US 398 (1963) and Hobbie v Unemployment Appeal Commission of Florida, 480 US 139 (1987). Both Sherbert and Hobbie were dismissed from work because of conflicts with their Sabbath hours. Adeil Sherbert was fired from her job after she refused to work on Saturday. The South Carolina Employment Security Commission denied her benefits, finding unacceptable her religious justification for refusing to work on Saturday. Sherbert sued, and the case went to the Supreme Court. Mr. Justice Brennan writing for the majority held that the state’s eligibility restrictions for unemployment compensation imposed a significant burden on Sherbert’s ability to freely exercise her faith. Furthermore, there was no Compelling State Interest that justified such a substantial burden on this basic First Amendment right. The question to ask stated the Court is ‘‘whether the law at issue substantially burdens a religious practice and, if so, whether the burden is justified by a Compelling State Interest,’’ in the case there was not, the state could not ‘‘impose a burden on the free exercise of her religion.’’ Paula Hobbie was employed by a jewelry store. After being employed for two years, Ms. Hobbie informed her employer that she was being baptized into the Seventh Day Adventist and, therefore, would be unable to work on her Sabbath day, Saturday. Arrangements were made for her to work Sunday. This arrangement worked until the owner of the company heard of the arrangement and informed Ms. Hobbie she must work Saturday or quit. She refused and was terminated. When Ms. Hobbie sought unemployment benefits, she was refused. Mr. Justice Brennan writing for the majority held that when a state denies receipt of a benefit because of conduct mandated by religious belief, thereby putting substantial pressure on an adherent to modify his or her behavior and to violate his or her beliefs, that denial must be subjected to strict scrutiny and can be justified only by proof of a Compelling State Interest. ‘‘. . . [R]eceipt of a benefit because of conduct mandated by religious belief . . . must be subjected to strict scrutiny.’’

The Seventh Day Adventists also held religious liberty versus the state in the case of Giroud v US, 328 US 61 (1946). In this case Mr. Giroud, a native of Canada, filed his petition for naturalization in the District Court of Massachusetts. To the question in the application, ‘‘If necessary, are you willing to take up arms in defense of this country?’’ he replied, ‘‘No,’’ (noncombatant) Seventh Day Adventist. He explained the answer before the examiner saying ‘‘it is a purely religious matter with me, I have no political or personal reasons other than that.’’ He did not claim before his Selective Service board exemption from all military service, but only from combatant military duty. The District Court admitted him to Citizenship. The Circuit Court reversed. He was denied naturalization because he declared he would not bear arms to defend the United States but was willing to support and defend the Constitution and the laws in other ways. In this case the Supreme Court declared that the Congress had not intended the promise to bear arms to be a prerequisite to Citizenship. Mr. Justice Douglas writing for the majority explained, ‘‘The victory for freedom of thought recorded in our Bill of Rights recognizes that in the domain of conscience there is a moral power higher than the State. Throughout the ages men have suffered death rather than subordinate their allegiance to God to the authority of the State. Freedom of religion guaranteed by the First Amendment is the product of that struggle.’’

The core of the Seventh Day Adventist tradition is their belief in ‘‘the Bible and the Bible alone’’ as the basis for all their doctrine. In this belief they hold firmly to religious liberty and actively work toward maintenance of the constitutional separation of church and state.