George Ryan was inaugurated as the thirty-ninth governor of Illinois on January 11, 1999 following a thirtyyear career in public service. During a speech given at Northwestern University on January 11, 2003, a mere two days before leaving office, he commuted the sentences of all of Illinois’ death row inmates while citing the ‘‘demon of error,’’ the error in both determining guilt and deciding who among the guilty should die, inherent in the Capital Punishment system as his reason. His commutation affected 156 death row inmates in Illinois and eleven others sentenced to die as well. Ryan himself was the outgoing Republican governor, having not sought reelection in 2002. 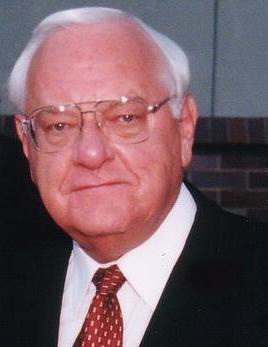 Ryan joined the Illinois state legislature in the 1970s and fully supported the death penalty at that time. While running for governor in 1998, however, news of Anthony Porter made headlines in the state. Porter, with an IQ of 51, was spared execution two days before his death was scheduled. With the help of Northwestern University professor David Protess and his students, Porter’s innocence was proven, and he was freed after spending nearly two decades in prison. This incident jolted Ryan, and while he wavered on backing a full-scale review of the Illinois justice system, he did support a fund that would ensure inmates such as Porter access to investigative resources. Within a few months, however, two more death-row inmates had been exonerated with conclusive evidence proving their lack of guilt. Calls for a state moratorium on executions rose as state judiciary officials began their own investigation. When the attorney general next called to schedule an execution, Ryan refused. Then, in fall 1999, sources at the Chicago Tribune revealed that since 1977, one-third of all Capital Punishment convictions had been reversed due to errors. Ryan then called for a moratorium in January 2000.

Ryan’s commutations left all but three inmates with sentences of life imprisonment without parole. The three remaining individuals received forty years to life imprisonment. Ryan’s actions were seen by some as the most significant statement questioning Capital Punishment in thirty years. Ryan stated that he was struck by Supreme Court justice Harry Blackmun’s 1994 statement: ‘‘I no longer shall tinker with the machinery of death.’’ Ryan was nominated for a Nobel Peace Prize in 2003.