Richard Rorty is one of America’s most distinguished, broad-ranging, and controversial philosophers. Born in New York City, he received his bachelor’s and master’s degrees from the University of Chicago, in 1949 and 1952, respectively, and his doctorate from Yale University in 1956. He is currently professor of comparative literature at Stanford University, and he has had previous academic appointments at Virginia, Princeton, and Wellesley College. 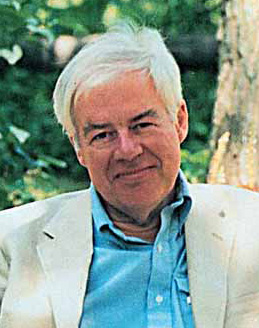 Rorty views his philosophy as following in the pragmatist tradition that includes the American philosophers William James, Charles Sanders Peirce, and, Rorty’s philosophical hero, John Dewey. His work, however, also draws upon the writings of several other philosophers (whom he claims as philosophical allies), in both the analytic and continental philosophical traditions, including Wittgenstein, Sellars, Quine, Davidson, Kuhn, Heidegger, Nietzsche, and Derrida. His writings have two main components: a destructive project that seeks to debunk certain entrenched, mainstream philosophical ideas, and a constructive project that seeks to present a vision of social, cultural, and political life without these entrenched ideas.

On the destructive side, Rorty’s pragmatism is perhaps best described as ‘‘anti-essentialist’’ in that it attempts to show that core philosophical problems— and the concepts they invoke such as truth, knowledge, reality, justification, good, moral, right—are thoroughly contingent and dispensable rather than perennial and necessary. According to Rorty, modern philosophy, from around the time of Descartes to the present, has been obsessed with attempting to discover the one true description of reality. This obsession manifests itself, for example, in epistemological accounts that search for infallible knowledge, metaphysical accounts that search for the nature of reality or mind, and truth theories that define truth as correspondence to reality or the facts. Those who focus on whether our descriptions represent reality, he argues, have been led astray by a picture of inquiry that he refers to metaphorically as ‘‘mirroring,’’ as in whether our descriptions ‘‘reflect’’ reality. (The title of his nowclassic book on this subject is Philosophy and the Mirror of Nature.)

Rorty sees this concern with something external to humans—that is, the ‘‘world’’ or ‘‘reality’’ or ‘‘the facts’’ or ‘‘science’’—as a vestige of pre-Enlightenment religious thinking. He describes humanity as maturing when it realized that it did not need an external God to give it laws or morality. But, he suggests, humanity replaced its religious impulses by creating a replacement deity out of the idea of objective reality, that is, replaced one external source telling humanity how it is with another. Thus, he sees a second stage of maturity or enlightenment occurring when humanity realizes that the world does not privilege one description or vocabulary, scientific or otherwise, over all others. Instead, Rorty sees our descriptions as bound up in various linguistic, scientific, and other social practices. And the vocabularies generated by these practices are to be viewed as tools for achieving certain human purposes. Therefore, they, like other tools, should be judged by the practical aid they provide in navigating and coping with our environment rather than whether they get reality right.

What, then, does Rorty’s world look like once humanity gets over God and science? It is one in which we stop looking backward for extrahuman authority and instead look forward for different visions of how we might want to live. It emphasizes human solidarity and social hope. Rather than filled with arguments about what is required, it involves democratic competition over different utopian dreams, competition over which future we would like to bring about, to make true. Rorty has criticized the American academic left, in particular, for focusing too much on negative critiques rather than on offering positive visions of such possible futures.

His vision is one that is unabashedly leftist, but not radical. It aims at liberal piecemeal reforms that increase freedom while decreasing suffering, cruelty, and humiliation. These aims in turn allow for human flourishing, publicly and privately. They engender a public sphere in which cultural institutions and objects can continue to evolve and supplant previous ones, and in which alternate futures can compete for the public imagination. And they allow everyone a private sphere in which they have the freedom to create themselves. Rorty presents this vision while taking the ironic stance that none of it is required or true or right, acknowledging that it and our views are just as historically contingent as anything else.