An exponent of fidelity to precedent and judicial restraint, Roberts sided frequently enough with the underdog to forge a solid if unspectacular record in civil liberties cases. 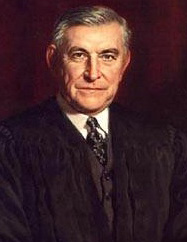 Owen J. Roberts was born in Germantown, Pennsylvania, on May 2, 1875. He graduated Phi Beta Kappa from the University of Pennsylvania in 1895 and received a law degree from the same institution in 1898. On May 9, 1930, President Herbert Hoover selected the Republican lawyer for the Supreme Court following the failed nomination of Judge John J. Parker. On May 20, 1930, the Senate confirmed Roberts.

Roberts was joined in the same year by Charles Evans Hughes, who became chief justice. Both justices emerged as central figures in the modern history of civil liberties. For example, shortly after reaching the bench, Roberts voted with Hughes in Stromberg v. California (1931). The case involved a California statute that banned red flags, a symbol of the Communist Party. For the first time, the Court extended the Fourteenth Amendment to incorporate a First Amendment protection. Roberts also joined Hughes in Near v. Minnesota (1931) to strike down a Minnesota state ‘‘gag’’ law and hold that freedom of the press was within the due process clause of the Fourteenth Amendment.

Roberts first important majority opinion came in a Fourth Amendment case, Grau v. United States (1932). As was typical of rights of the accused cases during these years, Grau had significant libertarian overtones. In considering a search warrant issued under the National Prohibition Act, Roberts held the warrant invalid because it failed to state a probable cause.

Two years later, Roberts followed with a sharp dissent in a Sixth Amendment case, Snyder v. Massachusetts (1934). ‘‘The concept of due process,’’ he wrote, ‘‘is not technical.... It is fundamental that there can be no due process without reasonable notice and a fair hearing.’’ Roberts was also careful not to exaggerate the reach of the judiciary in such cases. He spoke for the Court in Betts v. Brady (1942), holding that states did not have to provide legal assistance for noncapital felonies.

Roberts usually was sympathetic to First Amendment claimants. For example, he wrote for the Court in Herndon v. Lowry (1937), decided by a vote of five to four. Angelo Herndon was a black organizer convicted under a Georgia statute of attempting to incite insurrection by seeking to persuade others to join the Communist Party’s campaign to establish separate black states in the South. Roberts overturned Herndon’s conviction on the grounds that the evidence in the case failed ‘‘to establish an attempt to incite others to insurrection,’’ even at some indefinite future time. According to Roberts, the Clear and Present Danger Test applied to laws that addressed forbidden acts; the Bad Tendency Test applied to laws that addressed forbidden language. The decision enhanced civil liberties because in general the most punitive forms of legislation dealt with acts rather than language.

Roberts wrote for a plurality in Hague v. Committee for Industrial Organization (1939) in voiding a Jersey City, New Jersey ordinance that required labor organizers to have a permit to conduct a public meeting and distribute print materials in the streets. Roberts held that labor had the right to organize and that streets and parks were public forums protected by the Fourteenth Amendment under the privileges and immunities clause.

The same year, Roberts also spoke for the Court in Schneider v. State (1939). The case involved attempts by municipal authorities to control demonstrations and the distribution of radical literature by charging that these activities contributed to unsightly streets and public places. Roberts, however, insisted that the First Amendment secured freedom of speech and of the press against abridgment by the states through the Fourteenth Amendment. The purpose of keeping the streets neat was insufficient to justify an ordinance that prohibited a person rightfully from handing literature to persons willing to receive it.

Roberts was unwilling to extend the concept of protected speech to commerce. In Valentine v. Chrestensen (1942), his majority opinion upheld a city ordinance prohibiting distribution of ‘‘commercial and business advertising matter’’ on public streets. Without even mentioning the First Amendment, Roberts held that ‘‘[t]he Constitution imposes no ... restraint on government as respects purely commercial advertising.’’

Roberts also expanded religious liberty through his unanimous opinion in Cantwell v. Connecticut (1940). Newton Cantwell and his sons were Jehovah’s Witnesses, charged with violating a Connecticut statute that made it illegal to solicit money for any cause without a certificate issued by the state.

Roberts’s opinion held that while a state might regulate the time, place, and manner of soliciting contributions and holding meetings in the streets, it could not forbid them. ‘‘Such a censorship of religion as the means of determining its right to survive,’’ Roberts wrote, ‘‘is a denial of liberty protected by the First Amendment and included in the liberty which is within the protection of the Fourteenth.’’ Simply because the Cantwells’ speech was offensive, Roberts explained, it did not follow that it was dangerous.

His opinion was important for two reasons. First, it reinforced the proposition that the free exercise clause of the First Amendment applied to the states through the due process clause of the Fourteenth Amendment. Second, it suggested that the free exercise clause protected not only beliefs but some actions. The protection of the former was absolute; the protection of the latter could be limited by appropriate state action.

Roberts’s history of support for civil liberties, however, was tarnished by the two flag salute cases, Minersville School District v. Gobitis (1940) and West Virginia State Board of Education v. Barnette (1943). In both instances, his sensitivity to precedent and judicial restraint outweighed his usual sympathy for individual expression. Moreover, with the appointment of Felix Frankfurter to the Court in 1939, Roberts found a jurisprudential soul mate, a relationship that strengthened with the departure of Hughes and the appointment of Stone as chief justice in 1941.

The principal opponents of the Nazi-like flag salute were the Jehovah’s Witnesses, the same group that Roberts had supported in Cantwell. This tightly knit evangelical sect refused to worship graven images, including the flag. In Gobitis, Justice Frankfurter, speaking for an eight-to-one majority, reiterated the Court’s previous support for the flag salute, a position in which Roberts silently agreed. In Barnett, however, the Court, by a vote of six to three, overturned compulsory flag saluting. Justice Frankfurter wrote an impassioned dissent; Roberts silently joined him again. Roberts struggle to balance his commitment to stare decisis with his respect for civil liberties produced a mixed record where race was involved. On the one hand, he supported Herndon and agreed to admit a black student to the all-white University of Missouri law school. On the other hand, he upheld the use of race to discriminate against voters in primary elections, even after the Court in Smith v. Allwright (1944) held that citizens had a right to vote in such elections free of racial discrimination.

In Korematsu v. United States (1944), however, Roberts dissented when the Court upheld the wartime detention of American citizens of Japanese ancestry. Hugo Black and Frankfurter, the two justices regarded as the best and the brightest of the era, led the six-vote majority. Its decision, however, failed to ensure that liberty was a paramount value in war as well as in peace. Roberts rejected the majority’s position on the grounds that the internment laws had subjected Korematsu to conflicting orders to leave the military area and to stay put, an obvious violation of due process.

The Court’s divisions in the Japanese internment and flag salute cases revealed the brittle relationships among the justices. Although Roberts and Frankfurter disagreed on certain issues, they had found themselves emotionally united in their dislike of William O. Douglas and Black and constitutionally allied in their belief that the Roosevelt Court disregarded settled law. To underscore that fact, in his last full term, Roberts dissented fifty-three times, or in almost one-third of the nonunanimous cases.

Roberts wearied of the contentious infighting and resigned on July 31, 1945. He left without the traditional farewell letter from his colleagues, a victim of the pettiness of Black and Douglas, who claimed his jurisprudence lacked principles. Roberts became dean of the University of Pennsylvania law school and president of the American Philosophical Society. Roberts was an honest man, especially with himself. ‘‘I have no illusions about my judicial career,’’ he wrote. ‘‘But one can only do what one can. Who am I to revile the good God that he did not make me a Marshall....’’ In 1951, he authored The Court and the Constitution that summarized his adherence to stare decisis and concluded that in matters of civil liberties it was ‘‘regrettable that in an era ... whose greatest need [was] steadfastness of ... purpose, this court ... should ... become the breeder of fresh doubt and confusion in the public mind as to the stability of our institutions.’’