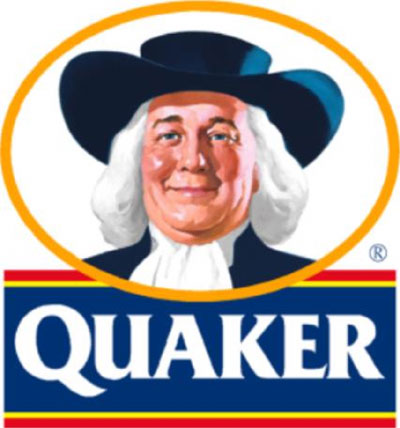 Quakers and Religious LibertyAdherents of the Quaker faith in England were persecuted due to their open refusal to subscribe to the tenets of the state-sponsored Anglican Church. Friends were imprisoned for violating laws prohibiting attendance at Quaker meetings and for refusing to take oaths; they were fined for declining to pay tithes to the Church of England. One of the most outspoken Quakers, William Penn, was expelled from Christ Church College at Oxford University for publicly criticizing the religious ceremonies of the Anglican Church and imprisoned six times for advocating religious liberty. Penn was internationally recognized for his views on religious toleration and his many writings revolved around two themes that later would be codified as bedrock American constitutional principles. The first was that religious obligations are beyond the control of the state because sovereignty over conscience rests in God, not in any human or governmental authority. Second, the stability of the body politic is enhanced, rather than threatened, by religious toleration and the resultant diversity of faith traditions.

The persecution of Quakers was not uniformly remedied by their journey to the American colonies. In 1656, the General Court of the Massachusetts Bay colony passed the first anti-Quaker legislation, which authorized the jailing, whipping, and deportation of Quakers who found their way into the colony, as well as the imprisonment of persons who assisted the infiltration of the Quakers. Legislation in the succeeding two years provided for increasing punishment of banished Quakers who returned, ranging from lopping off an ear and boring a hole in the tongue with a hot iron to death by hanging. Quakers were expelled as nonbelievers in Puritan Connecticut and suffered persecution in the Virginia colony as well.

Safe haven for Quakers in colonial America was afforded when William Penn received the charter to Pennsylvania from King Charles II in 1681 as repayment of a debt of sixteen thousand pounds the King owed to Penn’s father. Pennsylvania colonial laws protected the right to pursue Quaker religion and exempted the Quakers from general secular obligations that conflicted with their religious tenets, such as administering or taking legal oaths. Quaker fidelity to pacifism was shielded initially by the absence of any militia and later by laws providing for a voluntary armed force.

While sheltering Quakers from religious persecution, Penn did not aspire simply to create a Quaker analog to the established Anglican Church. Instead, he actively recruited worshipers outside the Quaker faith from all parts of Europe. As a consequence, the colony was a bastion of religious pluralism.

Pennsylvania became home to Penn’s ‘‘holy experiment,’’ a moral yet tolerant society granting freedom of individual conscience to its colonists with no statesponsored or government-financed religion.

Pennsylvania Colonial Charters generously protected individual religious liberty against governmental interference and repudiated governmental levies to subsidize sectarian institutions. In 1701, Penn promulgated the Charter of Liberties, which remained in effect until 1776, when the first Pennsylvania constitution was written. The very first provision of the charter enshrined individual religious liberty, providing that ‘‘[N]oe person ... who shall Confesse and acknowledge one Almighty God the Creator upholder and Ruler of the world and professe him or themselves Obliged to live quietly under the Civill Government, shall be in any case molested or prejudiced in his ... person or Estate because of his ...Conscientious perswasion or practice.’’ The charter likewise ensured separation between church and state, guaranteeing that no citizen ‘‘be compelled to frequent or mentaine any Religious place or Ministry contrary to his ... mind or doe or suffer any other act or thing, contrary to theire Religious perswasion.’’ Pennsylvania became one of only four colonies without an established state church and afforded greater Refugees-and-the-convention-against-torture.html>Asylum to religious liberty than the laws of any other colony.

Even though the Quakers ceased to control the state government following the Revolutionary War, the Pennsylvania constitution perpetuated the twin prongs of Penn’s vision. Section 2 of the Pennsylvania Declaration of Rights of the 1776 Constitution codified the broad ambit of religious liberty for minority and majority faiths alike, protecting the ‘‘natural and inalienable right to worship Almighty God to the dictates of their own consciences’’ free of governmental interference or control of that right. At the same time, those who believed in God were protected from compulsion to ‘‘attend any religious worship, or erect or support any place of worship, or maintain any ministry.’’ The 1776 Constitution continued to respect the Quaker religious objection to military service, exempting ‘‘any man who is conscientiously scrupulous of bearing arms from being compelled to do so.’’

Dual protections of religious liberty similar to those embodied in the Pennsylvania Colonial Charters and the state’s 1776 constitution were added to the United States Constitution through the Bill of Rights. The First Amendment provides generally that ‘‘Congress shall make no law respecting an establishment of religion, or prohibiting the free exercise thereof.’’ Notwithstanding the ratification of the federal Bill of Rights in 1791 and twentieth-century United States Supreme Court decisions finding these rights to guard against state as well as federal incursion, the more explicit provisions for freedom of individual conscience and separation of church and state in the Pennsylvania constitution continue to provide independent and more overarching protection of religious liberty to the citizens of Pennsylvania. Thus, even today, residents of the commonwealth remain beneficiaries of the Quaker legacy of religious liberty.