William Penn, a champion of liberty in the Old and New Worlds, is often held up as an exemplary figure of the Enlightenment views of equality and limited government. His upbringing in England, along with his religious views, created a desire within him to change the world. Penn received the opportunity to make real changes in the world when he became the absolute proprietor of a territory nearly as large as England, in 1681. 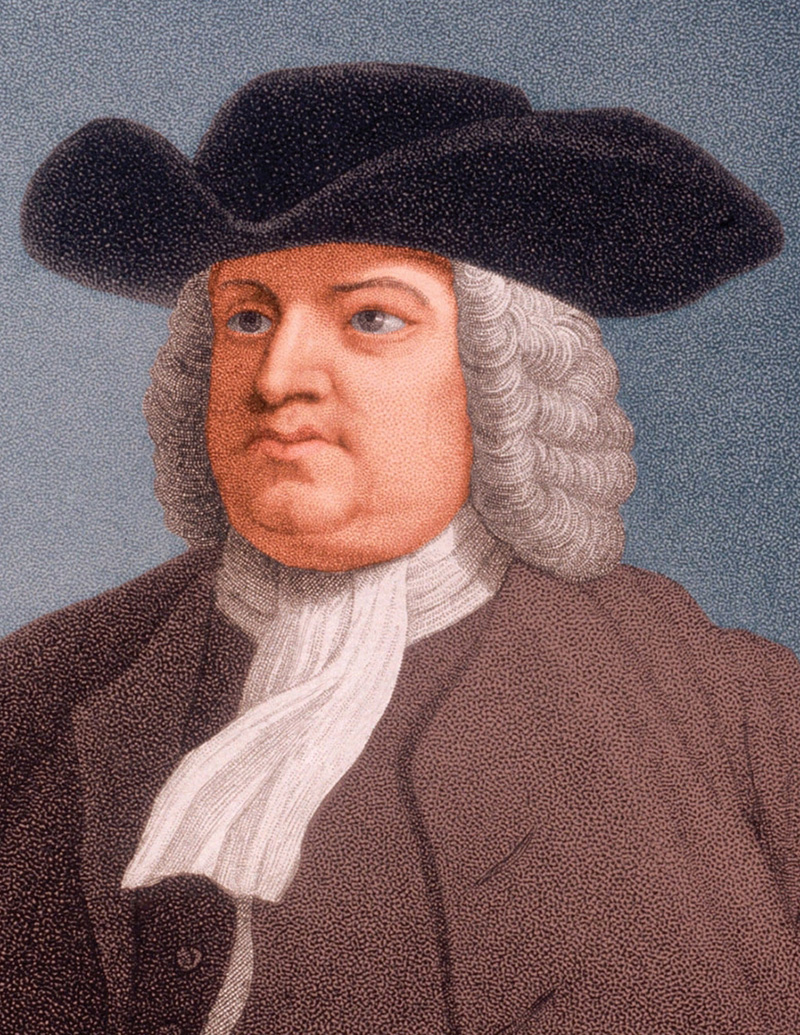 William Penn (1644&ndash;1718)William Penn was born October 16, 1644, in London. Penn was raised by his mother and father, who served as an admiral in the British Navy. Penn’s father was a very influential naval officer and served the Stuart kings, as well as their bitter enemy, Oliver Cromwell. With his father’s hectic life in the British Navy, young Penn was often left to himself, and during this time he became very interested in religion. Penn was especially attracted to a mystical Protestant sect known as the Quakers that emphasized a direct relationship with God and believed that an individual’s conscience, not the Bible, was man’s greatest moral authority. His relationship with the Quakers caused Penn to question many of the authorities around him, including the officials at Oxford University, which led to his expulsion in 1641. Penn’s quest for spiritual peace continued to cause him a great deal of trouble. He was arrested in 1667 while attending an illegal meeting of the Quakers. While in prison, Penn wrote many pamphlets that became staples in the underground Quaker church. Many of these pamphlets centered around religious toleration and the most famous of these was entitled, No Cross, No Crown.

The quest for religious toleration consumed much of Penn’s early life. He traveled extensively through England, Germany, and Holland examining various Quaker groups. He eventually brought his ideas to Parliament, asking for religious toleration, but his views were not considered. Penn realized that his quest for religious toleration in England was fruitless, so he approached King Charles II and asked for a charter to establish an American colony. Charles II agreed to grant him the charter to cancel a substantial debt he owed Penn’s father. Penn was granted land west of the Delaware River and north of Maryland in exchange for a percentage of potential mineral rights mined in the colony.

The new colony of Pennsylvania was governed by Penn’s vision of limited government that protected the rights of the individual. The first government document adopted in the colony, called the First Frame of Government, guaranteed that a person could not be forced from his estate without his consent. In Pennsylvania, Penn established a colony that promoted morality, virtue, and Christian values; unlike the majority of New England colonies, it supported the complete separation of church and state.

By the time of Penn’s death in 1718, Pennsylvania was no longer a Quaker haven, but had turned into America’s first melting pot. Many different European groups flocked to this colony as a place to escape persecution of all kinds. Pennsylvania became a place that embodied most of the same values that would be adopted by the new U.S. government in 1776.