A. Mitchell Palmer, U.S. attorney general in 1920, is generally credited with engineering the first major ‘‘red scare’’ in the United States and setting the pattern for anticommunist crusades of the twentieth century. A lifelong Democratic activist, Mitchell began his career as an attorney in Stroudsburg, Pennsylvania, and was elected to the Congress in 1908, where he functioned as Woodrow Wilson’s man in the House of Representatives. During World War I Wilson appointed Mitchell alien property custodian and then, in 1919, attorney general. 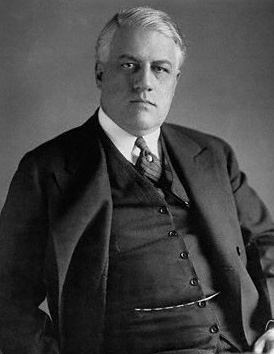 The postwar environment in the United States reflected the xenophobia of the war years, connecting fear of aliens with radical threats to national security. In 1919, Russian Communists organized the Comintern, the purpose of which was to export the Bolshevik Revolution around the world. As a result Socialist Party radicals, many of whom were alien workers, organized Communist parties in the United States. All this occurred against a background of labor unrest that peaked with a wave of strikes in 1919 and included a general strike in Seattle in January and a nationwide steel strike.

Public fears of alien radicalism were further exacerbated during the spring of 1919 when a series of bombs were sent to prominent public officials, including one on June 2 that destroyed the entrance to the Palmer home. The new Communist Party was blamed and inflamed public sentiment called for stronger measures against the radicals. Much of this pressure fell upon Attorney General Palmer, who was ordered in October to report on the Justice Department’s progress against the bombers and other radicals.

Palmer first organized the Radical Division in the department, headed by energetic young attorney J. Edgar Hoover, who was tasked with assessing and dealing with the radical threat. Then, with the wartime Alien and Espionage Acts about to expire, Mitchell set about dealing with the radical problem under the auspices of the Immigration Act of 1918, which allowed for the deportation of aliens because of membership in suspicious organizations. In November of 1919, raids were launched in a number of major U.S. cities against the Union of Russian Workers, rounding up suspects and documentary evidence. Setting the model for subsequent operations, detainees were treated roughly and often held without hearings for long periods of time. Although the majority of those arrested were ultimately released, almost two hundred, as well as some previously detained radicals, including anarchist Emma Goldman, were deported. The U.S.S. Buford, dubbed by the press, ‘‘the Soviet Ark,’’ transported 249 undesirables to Russia in December of 1919.

By the end of the year, Palmer was lauded as the savior of the American republic and enjoyed overwhelming public admiration, further boosting his interest in entering the presidential race in 1920. Thus encouraged, Palmer staged the most spectacular of his antiradical operations. On January 2, 1920, thousands of government agents, assisted by state deputies and zealous volunteers, raided Communist headquarters in thirty-eight cities in thirty-three cities. Over five thousand radicals were herded, without warrants, into detention centers that offered intolerable conditions. Detainees were physically abused, held incommunicado, and denied legal counsel. The dragnet nature of the raids brought the detention of many who had little association with radicalism, much less being a danger to American security. The widespread violation of civil liberties did not go unnoticed, and the acting labor secretary, who was responsible for deportation hearings, ultimately engineered the release of most of the detainees.

The public hysteria, as well as Palmer’s political prospects fizzled out as the traditional ‘‘red’’ May Day celebration came and went without the predicted Communist revolutionary uprising. A number of prominent American attorneys issued a report criticizing Palmer’s abuse of civil liberties, while Democratic politicians bypassed him in selecting the Democratic presidential nominee. Palmer did remain active in political activities. He wrote the Democratic platform of 1932 and was working on the 1936 platform when he died in Washington, D.C., in 1936.