Frank Murphy, a renowned civil libertarian who served as an associate justice of the U.S. Supreme Court during the Roosevelt and Truman presidencies, was born and raised in Harbor Beach, Michigan, located on Lake Huron in rural northern Michigan. His father, John, was a lawyer, as well as the town Democrat and populist who, even in a heavily Republican community, was elected twice to serve as the county’s prosecuting attorney. His mother, Mary, was a deeply religious Catholic woman who instilled in Frank a sense of social justice, personal integrity, and abstinence from alcohol and tobacco. He had two brothers and a sister, with whom he remained very close throughout his public life. In short, Murphy came from ‘‘small town, middle class, and politically alert America’’ (Howard, p. 3). 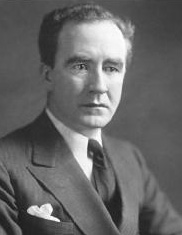 After attending public schools where he played football and other sports, Murphy enrolled at the University of Michigan in 1908. Three years later, he graduated and entered the University of Michigan Law School. Murphy was, by all accounts, an average student, but he was also an outstanding orator with a wide breadth of interests in college life. During what biographer Sidney Fine called his ‘‘years of the purest gold’’ (1975, p. 18), Murphy forged many friendships with men and women at Michigan, who would later become his political associates, advisers, and appointees to government posts.

Murphy served a brief stint in World War I, mostly in Germany after combat operations had ceased. In 1919, he was appointed first assistant U.S. attorney for the Eastern District of Michigan, based largely upon his experiences as a military prosecutor. He ran unsuccessfully as a Democrat for Congress in 1920 when national and state Republicans swept Michigan, but he used the race to build a political base. Meanwhile, he began a private law practice of criminal and civil cases with law school classmate Edward Kemp. By 1923, he drew upon his legal reputation and growing political connections to win a seat on Recorder’s Court, Detroit’s criminal court.

Murphy’s seven years as a criminal court judge were generally uneventful, with one notable exception. In 1925, shortly after becoming presiding judge, he assigned to himself the trial of Dr. Ossian Sweet, his wife, and eight other African-American relatives and friends who were charged with murder, resulting from a white mob’s attack of Dr. Sweet’s house in an allwhite Detroit neighborhood. Murphy’s rulings from the bench and charges to the jury were scrupulously fair, and the Sweets were eventually acquitted. The national attention drawn to this case, including close monitoring by the NAACP and the ACLU, brought Murphy increased visibility and new political networks that would prove invaluable in later elections.

Reeling from the effects of the Great Depression and local corruption, Detroit was a city in turmoil when Murphy was elected mayor in 1930 by piecing together a progressive coalition; a year later, the popular Murphy was easily re-elected. As mayor, Murphy was a champion of public relief for the unemployed and fiscal integrity. He implemented local work projects and food and clothing distribution centers, while also leading a national urban lobby for federal relief. He was an early and enthusiastic supporter of FDR, helping Roosevelt to become the first Democratic presidential candidate to win the state of Michigan. By 1933, the reward of a big government job was waiting. Murphy wanted to be FDR’s attorney general but settled instead for the high-paying and prestigious position of governor–general of the Philippines.

Although criticized for his lack of relevant experience and knowledge of Asian affairs, Murphy became a charismatic and highly popular leader in the Philippines. He was a natural champion of the underdog who served as an anti-imperialist colonial governor. During his tenure, Congress passed a law granting independence to the Philippines by 1946, and Murphy played a key role in securing presidential approval of a new Filipino constitution and in improving relations with Washington.

By 1936, FDR asked Murphy to run for governor of Michigan. A reluctant candidate, Murphy campaigned as a New Deal reformer and was elected by a narrow margin. Shortly thereafter, sit-down labor strikes were called by the United Auto Workers at plants in Flint, Michigan, and elsewhere. Murphy was eventually able to negotiate some measure of industrial peace, but his prolabor sympathies cost him many votes in industrial areas and led to his defeat for re-election in 1938. A few weeks later, FDR selected Murphy to be his attorney general.

Murphy’s ambitious agenda for the Justice Department included improvement in the administration of justice nationwide, morality in government, and a firm commitment to civil liberties. Indeed, he created a new civil liberties unit within the Justice Department. But he also formed an unexpected alliance with FBI Director J. Edgar Hoover to fight crime and public corruption. By most accounts, Murphy was a better political evangelist than executive manager of the Justice Department. Rumored to be a possible presidential candidate in 1940 (if FDR chose not to seek a third term) and a Supreme Court nominee on several occasions, Murphy was nominated by FDR to the Court in January 1940. He was confirmed by voice vote of the Senate eleven days later. Eager to finish his work as attorney general, he continued on the job for another month, exasperating FDR and political associates. Murphy finally took the oath of office at a White House ceremony where his political rival, Robert Jackson, was installed as attorney general.

As the fifth of FDR’s nine appointees, Murphy became part of the ‘‘Roosevelt Court,’’ which upheld the government’s power to regulate virtually all aspects of the economy, established ground rules for industrial disputes, and aggressively protected the rights of unpopular religious, racial, and political minorities. His early years on the Court were marked by a degree of tentativeness and uncertainty, unusual for the decisive Murphy but customary for new justices. He did assemble a majority and write the opinion in Thornhill v. Alabama, 310 U.S. 88 (1940), in which the Court invalidated an Alabama statute that prohibited peaceful picketing by labor. Justice Murphy’s opinion temporarily brought picketing under the constitutional protection of the First Amendment. But subsequent Supreme Court decisions whittled away at these protections, and the issues eventually passed to the supervision of Congress.

In Chaplinsky v. New Hampshire, 315 U.S. 568 (1942), a cautious Justice Murphy wrote for a unanimous Court that there are, indeed, limits to the First Amendment, including ‘‘. . . the lewd and obscene, the profane, the libelous, and the insulting or ‘fighting’ words.’’ The Court upheld Chaplinsky’s conviction for calling police ‘‘fascists’’ in public when he was arrested while distributing religious pamphlets for Jehova’s Witnesses. Ironically, this opinion authored by the civil libertarian Murphy is still cited today by the Supreme Court and legal scholars for the ‘‘fighting words’’ exception to free speech.

A more seasoned Justice Murphy found his voice for the protection of civil rights and liberties in cases involving the government’s conduct during World War II. Here, even while serving as an informal adviser to FDR on labor and Philippines policy until Roosevelt’s death in 1945, he demonstrated the kind of independence from the president who appointed him that has aggravated so many presidents.

Justice Murphy is perhaps best known for his dissent in Korematsu v. United States, 323 U.S. 214 (1944). In Korematsu, a six-person majority of the Court led by Justice Hugo Black upheld FDR’s Executive Order 9066, which provided for the exclusion and relocation of more than one hundred thousand Americans of Japanese ancestry living on the West Coast. Murphy argued that in the absence of martial law this policy should not be approved, declaring— in now famous words—that the exclusion ‘‘goes over ‘the very brink of constitutional power,’ and falls into the ugly abyss of racism.’’ Justice Murphy was particularly troubled by the racist stereotypes, prejudices, and assumptions about Japanese Americans that guided the military judgments.

In cases involving the military draft and conscientious objection during World War II, Justice Murphy regularly dissented from the Court’s decisions. In Falbo v. United States, 320 U.S. 549 (1944), his eight Court colleagues upheld a conviction and prison sentence for a Jehovah’s Witness minister who was classified by his local draft board as a conscientious objector rather than as a minister (and therefore required to report for civilian service camp duty). The justice warned that ‘‘in time of war individual liberties cannot always be entrusted to uncontrolled administrative discretion.’’ His dissent in Falbo is particularly poignant because Justice Murphy served in World War I and underwent military training in the infantry reserve during his 1942 summer recess from the Court.

Justice Murphy was not always a dissenter. More often than not, he joined the Court’s majority, either in unanimous cases or as part of a fluid bloc of liberal justices who dominated the Court during the Roosevelt years. He also wrote concurring opinions (twenty-one in all), in which he joined the Court’s holdings but not its reasoning, often urging that the cases be decided on broader constitutional grounds. Indeed, he acknowledged using concurring opinions as an educational device to lecture about the evils of racism. For example, in Duncan v. Kahanamoku, 327 U.S. 304 (1946), Justice Murphy happily concurred in the Court’s ruling that a statute authorizing martial law in Hawaii did not include the power to replace civilian courts with military tribunals. But he denounced arguments in favor of military tribunals that rested upon assumptions about the loyalties of Japanese Americans, who could not, by law, be excluded from serving on juries in civilian courts. ‘‘Especially deplorable,’’ the justice wrote, ‘‘is this use of the iniquitous doctrine of racism to justify the imposition of military trials. Racism has no place whatever in our civilization.’’

Justice Murphy had a complex set of relationships with the other justices on the Roosevelt Court. He was not well regarded intellectually by Chief Justice Stone, who was reluctant to assign him leading opinions, and he did not get along with Justice Owen Roberts, a holdover from Hoover. Justice Robert Jackson had been his political adversary in the Roosevelt cabinet, and Justice Murphy was constantly at odds—in his opinions and views of the role of the Court—with Justice Felix Frankfurter, an intellectual giant and political iconoclast who believed strongly in judicial restraint. Eventually, he gravitated toward the more liberal justices Hugo Black and William O. Douglas, but both men had intellects and persona that overshadowed the more humble Justice Murphy. It was not until Wiley Rutledge arrived on the Court in 1943 that the justice found a good friend, warm colleague, and natural political ally.

Justice Murphy’s tenure on the Court is not without critics and controversies. His most severe critics charged that he was a result-oriented jurist: a politician in a black robe who had little knowledge of, or interest in, jurisprudence and little regard for legal precedent. Other critics point to his work habits on the bench, where he relied more heavily than most justices on his law clerks to draft opinions, while also taking on outside speeches and presidential advising. The justice was in poor health during his last year on the bench. He suffered several lengthy hospitalizations and probably became addicted to pain-killing prescription drugs, during which time he used his clerks and Justice Rutledge to help complete his opinions. More recently, some observers have suggested that Justice Murphy was probably the first gay Supreme Court justice. Based largely upon his being single and rooming at times with friend and adviser Edward Kemp, who also never married, this assertion is not supported by the biographies of Murphy that link him repeatedly with women throughout his life; indeed, he was engaged to be married at the time of his death.

What is not in dispute is Frank Murphy’s lifelong commitment, as a municipal judge, mayor, governor, U.S. attorney general, and Supreme Court justice, to civil rights and civil liberties. In each position, he became increasingly supportive of rights for the laborer, racial equality, and social justice. As biographer Howard observes of Justice Murphy’s tenure on the Supreme Court, ‘‘His vote and impassioned pen were key elements in a revolutionary development of civil liberties’’ (p. 490).