Edwin Meese, III served as attorney general of the United States under President Ronald Reagan from 1985 to 1988. Meese worked in various capacities in the Reagan administration before his appointment to the cabinet, but he first came to Reagan’s attention during the 1960s while the latter was governor of California. As a deputy district attorney for Alameda County, California, Meese was a stern handler of student protesters at the University of California at Berkeley, directing the arrest of over seven hundred fifty antiwar activists. 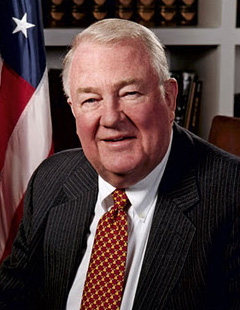 After serving on the president’s National Security Council, among other positions, Meese acceded to attorney general after lengthy, contentious hearings that stalled his nomination for over a year. Meese shared Reagan’s political views, and as a long time confidante with close access to the president, he pressed the president’s conservative agenda. Meese was opposed throughout his term by such groups as the American Civil Liberties Union for his views on civil rights and the Constitution.

Meese’s legal ideology found its moorings in the ‘‘jurisprudence of original intention,’’ a position that advocated interpretation of the Constitution in line with the plain meaning of the constitutional text and the intentions of the Framers. His view that ‘‘the Constitution said what it meant and meant what it said’’ led him to contend that the Bill of Rights was designed only to apply to national government. As such, Meese bucked the Supreme Court’s jurisprudential trend since the 1960s, which viewed most of the rights’ provision of the Constitution as ‘‘incorporated’’ by the Fourteenth Amendment and thus applicable to the states. Meese also advocated the reversal of the Court’s Miranda v. Arizona (384 U.S. 436, 1966) and Mapp v. Ohio (367 U.S. 643, 1961) decisions, contending famously that the latter ‘‘only helps guilty defendants.’’ Meese had little success, though, in effecting a fundamental shift in the Supreme Court’s civil rights jurisprudence.