Cantankerous and highly individualistic, James C. McReynolds was one of the most controversial individuals to ever sit on the Supreme Court. Although known for his generally conservative economic and social views, McReynolds nonetheless made some significant contributions to the evolution of civil liberties in the United States. 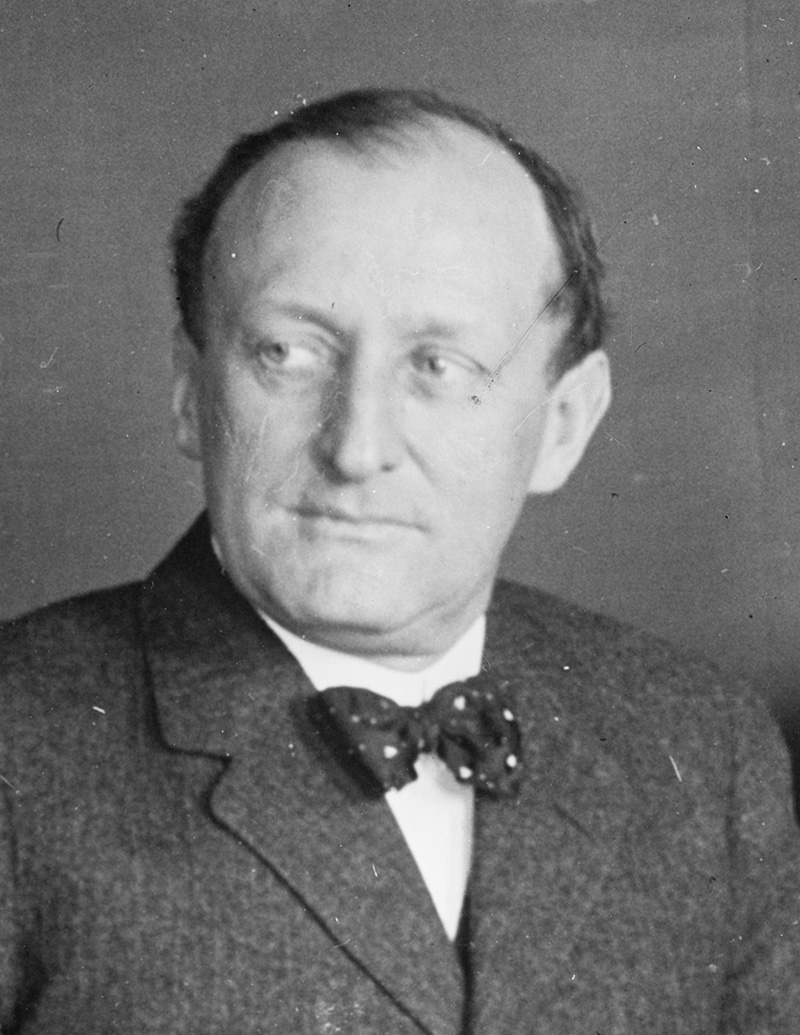 James C. McReynoldsMcReynolds was born in Elkton, Kentucky, the son of a prominent surgeon. After private schooling in Elkton, he attended Vanderbilt University. An excellent student, McReynolds was active in debate societies and finished first in his graduating class, winning the Founder’s Day Medal in 1882. Although he studied the natural sciences at Vanderbilt, he decided upon a legal career and entered the University of Virginia School of Law in 1883. There, McReynolds was influenced by Professor John B. Minor, whose teaching stressed personal morality and protection of economic rights and personal liberty from governmental encroachment.

Upon graduation in 1884, McReynolds served for two years as secretary to Senator Howell E. Jackson of Tennessee. He then settled in Nashville and established a law practice in that community. His practice was primarily devoted to commercial and corporate law, and he usually represented local business interests. In 1900, he was named professor of law at Vanderbilt, where he taught commercial and insurance law. Active in Democratic Party politics, McReynolds unsuccessfully sought a seat in the House of Representatives in 1896. A ‘‘sound money’’ Democrat, McReynolds was appalled at the populist campaign of William Jennings Bryan.

Early in the twentieth century McReynolds’s career moved in a new direction. Despite his Democratic Party affiliation, he was appointed assistant attorney general by President Theodore Roosevelt in 1903. Monopolistic business combinations had become a major issue in American politics. As assistant attorney general, McReynolds successfully prosecuted a number of cases under the Sherman Anti-Trust Act and appeared frequently before the Supreme Court. In 1907, while in private practice in New York City, he accepted a special assignment to prosecute the tobacco trust, prevailing before the Supreme Court four years later. Although he primarily sought to preserve competition, McReynolds gained a public reputation as something of a radical on business-related matters.

McReynolds returned to private practice in 1912 and campaigned actively for the election of Woodrow Wilson as president that year. In 1913, Wilson appointed McReynolds attorney general. In that post he continued to seek vigorous enforcement of antitrust policy by litigation and negotiated settlements. His often abrasive personality, however, irritated other members of the Wilson cabinet and Democratic Party leaders.

In the summer of 1914, Wilson appointed McReynolds to replace Horace H. Lurton as a member of the Supreme Court. Historians have long speculated about the reasons for Wilson’s choice, with some suggesting that the president wished to remove a troublesome person from his cabinet. In fact, Wilson continued to hold Justice McReynolds in high regard and, on the basis of his trust-busting record, was confident that he was a liberal at heart. McReynolds was promptly confirmed by the Senate, with strong backing from Democratic senators.

Wilson, of course, was badly mistaken about Justice McReynolds’s constitutional jurisprudence. Intensely committed to individual freedom, the justice usually voted to restrain the reach of government. He looked skeptically at the expansion of congressional power under the commerce clause and at the growth of the administrative state. Treating property rights and contractual freedom as essential elements of individual liberty, he believed that the market economy was most compatible with the rights secured by the Constitution. Given these views, it is not surprising that the justice consistently voted against the validity of New Deal-era legislation. In Nebbia v. New York (1934), for example, he wrote a forceful dissenting opinion that maintained that a state price-fixing scheme for milk was an unconstitutional interference with economic liberty. Indeed, Justice McReynolds is best remembered as a stalwart conservative and a foe of economic regulatory power by government.

Still, the justice’s concern for individual liberty was not confined to economic matters. In two leading cases he insisted that liberty guaranteed by the Fourteenth Amendment embraced a number of personal rights, such as the right to pursue common occupations, to marry, and to bring up children. At issue in Meyer v. Nebraska, 262 U.S. 390 (1923), was a state law that prohibited the teaching of German to primary school children. Writing for the Court, Justice McReynolds struck down the law on the grounds that the state could not interfere with the right of parents to have their children instructed in a foreign language in a private school. In Pierce v. Society of Sisters, 368 U.S. 510 (1925), he ruled that an Oregon law that required every pupil to attend a public school was an unreasonable interference with the liberty of parents to direct the upbringing of their children secured by the Fourteenth Amendment. In reaching this conclusion Justice McReynolds invoked the ‘‘fundamental theory of liberty upon which all governments in this Union repose’’ (p. 535). He clearly viewed the due process clause of the Fourteenth Amendment as protecting certain fundamental individual rights against state abridgement.

The justice had no hesitancy in affirming what would later be termed ‘‘substantive due process,’’ and much the same reasoning would be used to invalidate economic regulations. Meyer and Pierce become important precedents as the Supreme Court moved toward a more civil libertarian position in the midtwentieth century. The continued vitality of these decisions was demonstrated in a line of decisions recognizing a substantive due process right to privacy concerning sexual behavior.

Justice McReynolds’s record on other civil liberties issues was mixed. He joined in Gitlow v. New York, 268 U.S. 652 (1925), which started the process of incorporating the First Amendment as among the liberties protected by the due process clause. Yet he was strongly committed to federalism and states rights. He generally resisted application of the criminal procedural guarantees in the Bill of Rights to state court proceedings. In United States v. Miller, 307 U.S. 174 (1939), the most important case addressing the scope of the Second Amendment, the justice upheld the restrictions of the National Firearms Act and ruled that the right to bear arms protected only the ownership of firearms that were ordinary militia weapons.

Justice McReynolds’s tenure on the Court was marred by his intolerant attitude. Rude and selfrighteous, he had generally poor relations with fellow justices. He was openly anti-Semitic and racist. He was disinterested in claims of equal rights from racial minorities. Yet, even unlikable persons can promote the cause of civil liberties, as in Meyer and Pierce.