Norma McCorvey was the lead plaintiff, ‘‘Jane Roe,’’ of the controversial U.S. Supreme Court decision Roe v. Wade, 410 U.S. 113 (1973), that legalized abortion in the United States. McCorvey was raised in a poor, broken home in Louisiana and Texas. She dropped out of high school in the ninth grade, abused drugs and alcohol, and worked at a variety of jobs including as a respiratory therapist, cleaning person, and a carnival barker. In 1969, McCorvey became pregnant for the third time at the age of twenty-one. Family members had adopted her first two children. McCorvey’s doctor refused to provide her with information about abortion because of the strict Texas laws prohibiting the practice. The doctor referred her to an adoption attorney who then arranged a meeting for McCorvey with Sarah Weddington and Linda Coffee, attorneys in search of a pregnant woman to challenge the Texas law banning abortion. Soon after the meeting, McCorvey signed on as the lead plaintiff. 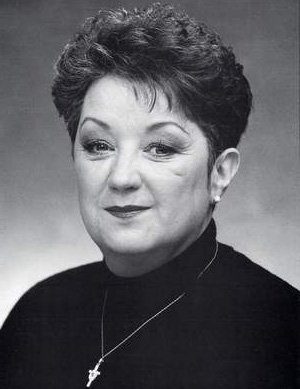 On June 17, 1970, the U.S. District Court for the Northern District of Texas held that the state ban on abortions was unconstitutional, but would not issue an injunction against enforcement of the antiAbortion Laws. Because of this, Weddington and Coffee appealed the decision to the U.S. Supreme Court. On January 23, 1973, in a seven-to-two decision, the Court ruled that a woman’s right to terminate her pregnancy during the first trimester was constitutionally protected under the right to privacy rooted in the Fourteenth Amendment’s concept of personal liberty. The Court further held that the state could regulate abortion during the second trimester to protect the health of the mother. During the third trimester, the state could proscribe abortion except in cases when the mother’s life or health was at risk. The decision came after McCorvey had given birth to a daughter, whom she gave up for adoption.

In the 1980s McCorvey, who by now had announced that she was Jane Roe, worked with proabortion activists and found employment at various jobs, including positions at abortion clinics. In 1995, the pro-life group Operation Rescue opened an office next door to the abortion clinic where McCorvey was employed. McCorvey met and effectuated friendships with several of the pro-life advocates. Soon thereafter, McCorvey became a Christian and later converted to Roman Catholicism. Following her conversion, she dedicated herself to the pro-life cause. McCorvey worked with Operation Rescue for two years and in 1997 began her own pro-life group, Roe No More.

On June 17, 2003, the thirty-third anniversary of the original Texas lawsuit, McCorvey announced that she would petition the court to reopen the Roe case on the grounds that scientific knowledge and medical technology had advanced far beyond the 1973 standards to prove that life begins at conception and to show the harmful effects of abortion on women. Days later a federal court dismissed her claim on the grounds that it was not made within a reasonable amount of time after the 1973 decision. To this day, McCorvey continues her battle for the rights of women and the unborn.

McCorvey, Norma, with Gary Thomas. Won by Love: Norma McCorvey, Jane Roe of Roe v. Wade, Speaks out for the Unborn as She Shares Her New Convictions for Life. Nashville: Thomas Nelson Publishers, 1997.