A sometimes grouchy Virginia gentleman who always preferred to stay at home and keep to himself, George Mason nonetheless allowed himself on several occasions to be lured into public service. Mason’s father died when Mason was eleven years old, and he left Mason a sizable plantation on the banks of the Potomac River, only a few miles from Mount Vernon and Mason’s Virginia neighbor, George Washington. 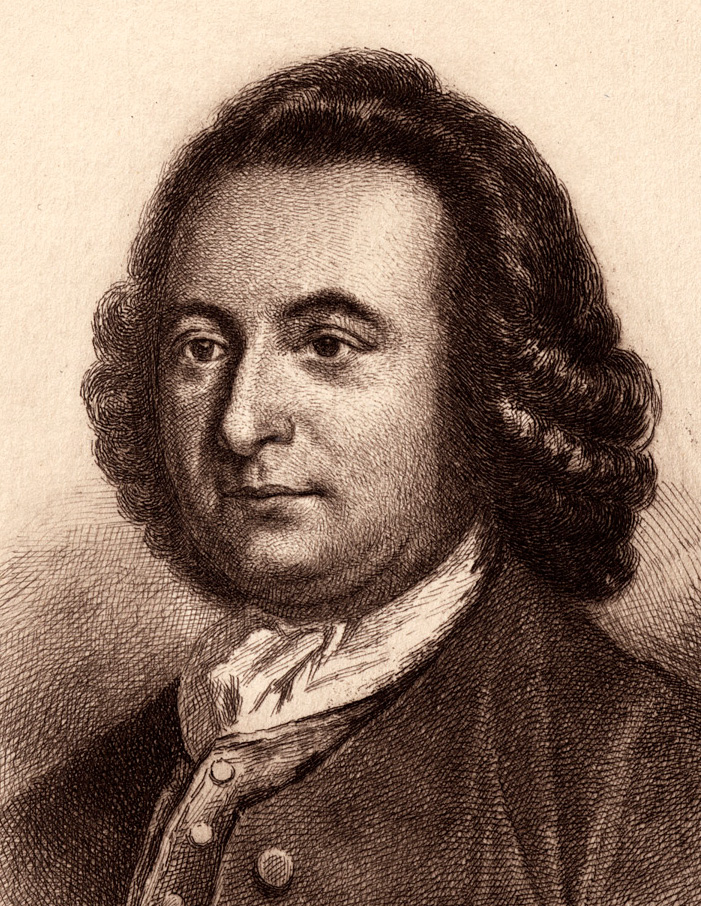 George MasonBothered as an adult by gout, impatience, and a generally cantankerous disposition, Mason had few friends outside his family, but he was respected within his community for his education, his good judgment, and his business sense. A man of deep conviction, on several occasions he refused nomination for public office, since he also disliked the compromise and minutiae that often accompanied political service.

When the British parliament passed the Stamp Act in 1766 requiring American colonists to pay a tax on all legal or public documents, Mason and others were infuriated. Decrying Parliament’s authority to tax colonists, who had no representation in Parliament, Mason wrote letters to other influential citizens of Virginia and formed a base of organized resistance. At first they focused on rationalizing their position on British common law and tradition, and when Parliament repealed the act, it was seen as a victory for colonial civil rights. But the Declaratory Act, which reaffirmed Parliament’s right to pass legislation for the American colonies, made Mason and other colonial constitutionalists even angrier.

Mason and Washington drew up a set of nonimportation resolves, a voluntary association of Virginia planters and merchants that aimed to put economic pressure on British merchants and, ultimately, on Parliament. To enforce the boycott, Mason suggested posting a public list of all those Virginians who violated the agreement and subjecting them to public scorn, but Washington disagreed and changed Mason’s mind. The resolves did organize local watchdog committees to ensure that all Virginians who had political aspirations complied, and they reported violators.

After the Boston Tea Party, Parliament again asserted its authority over the colonies by passing the Intolerable Acts and closing Boston harbor. Mason responded by writing twenty-four resolutions, which he had Washington introduce into the Virginia House of Burgesses. The Fairfax Resolves invoked the colonists’ rights as Englishmen, emphasized their right to resort to extralegal measures if those rights were threatened, and called for an extensive boycott on British goods. When Washington was appointed as commander in chief of the Continental army, Mason was elected to fill his Fairfax County seat in the House of Burgesses.

When reconciliation with England began to look unlikely, and when leaders from the Continental Congress sent word to the states that they should begin constructing state constitutions, other burgesses looked to Mason. Assigned to a committee in the spring of 1776 to draft the new constitution, Mason and his committee quickly wrote the preamble, also known as the Virginia Declaration of Rights. Mason favored the first ten articles, which began, ‘‘That all men are by nature equally free and independent, and have certain inherent rights . . . .’’

Besides declaring equality before the law for all citizens of the state and reminding the government that all power and sovereignty reside in the citizens and therefore that the government serves at the pleasure of its citizens, Mason’s articles established a three-branch government and guaranteed rights for persons accused of a crime. The committee added six other articles affirming freedom of the press and religion and then presented it to the other burgesses for consideration. It passed unanimously after the House removed two of the articles added by the committee. Bearing unmistakable similarities to John Locke’s writings some one hundred years before, the Declaration of Rights was based on a long tradition of value for basic human rights of life, liberty, and the right to enjoy one’s property.

Several weeks after the Virginia Constitution was ratified, Thomas Jefferson and his committee sat down in Philadelphia to write the Declaration of Independence. Jefferson opened his document with language similar to Mason’s: ‘‘We hold these truths to be self-evident, that all men are created equal . . .’’ Historians know that Jefferson had a copy of Mason’s Declaration with him as he wrote his document, and he frequently admitted that Mason, Locke, and others influenced his work.

After the Revolution was over and the Articles of Confederacy proved to be a failure, politicians (including Mason) again congregated in Philadelphia, this time to write a new constitution. For months they argued and debated as they drafted a new founding document. Mason made his opinions known frequently, but when the document was finished, Mason vehemently disliked it. Stating that he would rather cut off his right hand than sign the document, Mason faulted it for its failure to include a bill of rights; he felt the Constitution gave too much power to the judicial branch, and he believed it formed a powerful aristocracy that would tend to retain power too long. The Constitution was distributed to the states anyway, having passed with the requisite two-thirds majority; each state was to vote on the issue of ratification. Mason and Patrick Henry conducted a campaign against ratification, but his neighbor and political ally, George Washington, campaigned equally strenuously in favor of ratification. The Constitution was eventually ratified over Mason’s protests, by merely ten votes, and Mason retired to Gunston Hall. He lived at home in retirement until he passed away in 1792.

Abrasive and impatient, Mason was never adored like Washington, even in his own state. His uncompromising personality made him more enemies than allies during his career. But he always sought to protect liberty from the encroachment of government, first against the oppressive British powers, then against the U.S. government. He hated politics, and he only reluctantly served in official positions. But he wrote a document in Virginia that captured the thinking of revolutionary intellectual thought, and he provided inspiration for one of the country’s most celebrated documents. He was, perhaps, the grandfather of the Declaration of Independence, the U.S. Constitution, and the Bill of Rights.